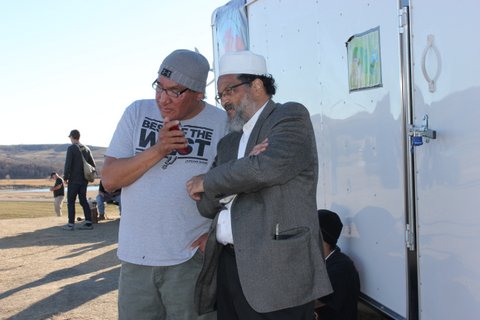 On November 3, 2016, over 500 clergy and other religious and spiritual leaders answered the call to gather in a remote, impoverished, bleak-looking land that, by appearance and material conditions, could have passed for any non-Western country in the developing world. Yet, the setting was not a foreign country and the mission was not from the United Nations. The Standing Rock (North Dakota) Sioux reservation was the setting for Clergy for Standing Rock, a demonstration of support for the tribe’s resistance against the four-state Dakota Access Pipeline. The pipeline would uproot sacred burial grounds, threaten to poison the Missouri River, a water source for millions of people, and nullify an 1881 property rights treaty with the Standing Rock Sioux. Recently, the Army Corps of Engineers confirmed that the Standing Rock Sioux are right in saying that there is no written agreement permitting access to the North Dakota Pipeline across their land.

Protests have been ongoing against the pipeline since August with the campsite being established on land owned by the Army Corps of Engineers. Basheer Wapata, a Cheyenne River Sioux activist and supporter of the protests and campsite, explained, “Because of our treaty with the United States government, the campers cannot be forcibly removed from the site as long as more than one tribe is represented here. That is not going to happen because we have so many different tribes camped here who don’t intend to leave.” Tribes have descended upon Standing Rock from all over the Western Hemisphere bringing attention to the catastrophic environmental threat that the Pipeline represents. The Standing Rock protests is the largest Native American demonstration in the United States in over 150 years.

The Water Protectors, as the protesters are known, have often been met with brutal assaults by state law enforcement officers from five different states. A leading Native American activist, elder, and organizer of the campsite, Phyllis Young, explained, “I usually don’t go to the front lines where confrontations are initiated by law enforcement and their helpers. State militias are legally not allowed to operate on our land, states are corporations and we are sovereign treaty holders. What they do is take their name badges and other identifying markings off their uniforms. That makes them feel free to do whatever they want without anyone knowing who they are. But, on Wednesday (the day before the Clergy for Standing Rock prayer rally), I went to the front lines because of the violence of the police.” On that day, a young Native American male was shot point-blank range in the chest. The so-called rubber bullet pellet entered his chest and punctured his lung. 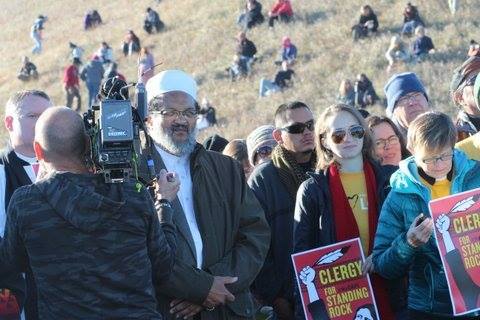 I attended the Clergy for Standing Rock support gathering and met victims of law enforcement, private security, and area thugs’ excesses against the Water Protectors. One young Native American explained how he was standing on the river bank opposite the law enforcement officers when he saw two of them drag a female Water Protector out of the water by her hair, threw her on the ground, and started to beat her. He said that he jumped into the water, swam across to the other side, and tried to stop them from beating the young female. The young man had the white residue of mace/pepper spray all over his face as he said that he was repeatedly sprayed in the face by multiple officers while being kicked and punched. Organizers of the actions conduct workshops on non-violent protests as a prerequisite for anyone wanting to participate in the protests.

I was told by an episcopal priest, “One of the young warriors (the term applied to young Native American males who advocate for protests that include other tactics) thanked me for showing support for their protests. Then he stated that they were prepared to die and asked if I was also prepared to die for the cause. When I hesitated in answering him, he reminded me that Jesus was prepared to die for his beliefs.” Muslims are charged with taking a stand for the oppressed as I told Native American-owned radio station KLND 89.5 FM, “For too long, Muslims have been on the sidelines rather than in the forefront of social justice movements in this country. It would be only fitting that we now reach back to our Indigenous brothers and sisters and correct our sins of neglect as it relates to not standing shoulder-to-shoulder with them in their struggle for treaty and property rights and the stoppage of genocidal acts against Native Americans.”

Campers at Standing Rock are preparing for the brutal North Dakota winters where temperatures may reach 25 degrees below zero Fahrenheit, not wind chill, with winds pounding at 70 miles an hour and above. In addition to prayers, the most immediate need of campers there is for winterized tents, clothing, blankets, etc. The Coalition of Indigenous Muslims is taking a leading role in clarifying for the general public the plight of Native Americans, including Muslims, in this country and ways in which assistance can be offered. ICNA Relief and ICNA Council for Social Justice are also directly involved in addressing the immediate and long-term needs of our Indigenous brothers and sisters in Standing Rock and beyond. 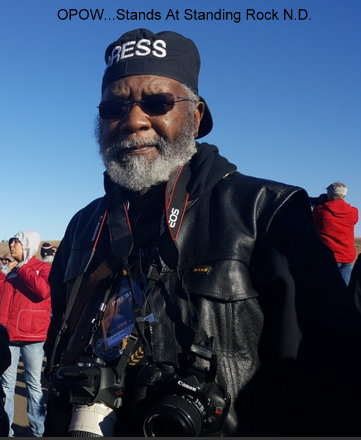 Longtime Indian activist and organizer, Phyllis Young organized the Standing Rock anti-pipeline protest and camp grounds. She was one of the organizers of the h...