Only in America...a few thoughts from a few friends on the Murder of a Young Black Male

Only in America...a few thoughts from a few friends on the Murder of a Young Black Male

An Endanger Species In America  ....

has a mind racing! (sleep interrupted). If I told you I lived in a community with a large public park, tennis courts, an indoor and an outdoor pool, a gymnastics team, girl scouts , jawala scouts, a place of worship where I have the pleasure of hearing the adhan 5 times a day and a halal fine dining sit in restaurant with FREE w-ifi would you think of West Philadelphia?? The difference between this and the suburbs in your mind is I have to deal with people who disrespect themselves and each other with fornication, cursing, littering, robbery and murder? Unfortunately, Trayvon was not an isolated case. MEN - until YOU take responsibility and accountability for raising, rearing and loving YOUR children, YOU allow enslaved minds to continue which feeds the prison system. The school district has given up on educating the black man. We have plenty of community and no organization. What are WE going to do? Let's start with taking control of ourselves.... 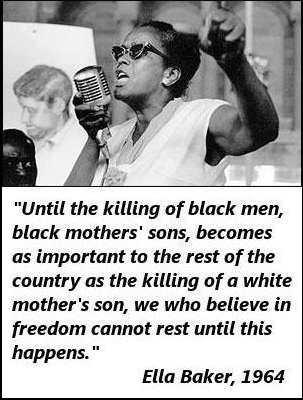 
AS a defined group the verdict in Treyvon Martin's case has implications for African American Males in America and has affected me deeply as I have tried to deal with it over these hours. It was one thing when 150+ years ago slavers could kill you on a whim; it was one thing when the Ku Klux Klan would organize to terrorize African-Americans en masse across the country; it was one thing when any random mob of racist could and would pluck a black man from any place, at any time, any where and then commence to lynching you; it was one thing when those who stood up to speak out and advance our causes were targeted, discredited and killed; it was on thing when certain aw enforcement officers would shoot and kill black males under varied and dubious circumstances; it was also one thing when black on black crime and the drug wars of the late 80's & 90's resulted in the highest numbers of black male deaths under 25 in our urban cities that we have ever seen; but it is quite something else when a random idiot can see you in your neighborhood, judge you unfit, stalk and attack you, then murder you, and have him not only get away with it, but have his actions endorsed by the greater community - is an American Tragedy. An African American Man's life doesn't seem worth 3/5th of a person it was 150 years ago. Because of the disease of racism we are not judged by the content of our character but as chariactitures of fear and loathing. This prejudicial characterization seeks to keeps us in bondage and bar us from the fundament freedoms of which we are due in this society and in Treyvon's case, denied him, his life. Contrary to popular speculation of pundits we do not live in a post-racial society because President Obama was elected again and Dr. King has a statue on the Mall. Dr. King's statue is made granite but it is his DREAM that must be made tangible, real... WAKE UP! Justice for Trayvon is Justice for me.


The unjust ruling dealt to a man for the killing of another human being is always shocking. The result is concentrated when a non guilty verdict is granted to an adult for the slaying of a youth. Zimmerman perhaps will not go to jail for this crime, but he is no longer a free man. Allah is just and merciful...he will pay for his crime in way's you and I will not understand. May Allah grant Travon Martin peace and may his family's pain and suffering result in an awakening for my African American community and a turing point for our society in general. We must reverse the lack of motivation to stand and be a society of strong, moral, educated individuals who have economic and legal power. Until then, the protection for our children's right's will forever be "Travoned".

RAMADAN A TIME TO GIVE TO THOSE WITHOUT IN THE UNITED STATES OF AME...
oppressedpeoplesonlineword.ning.com