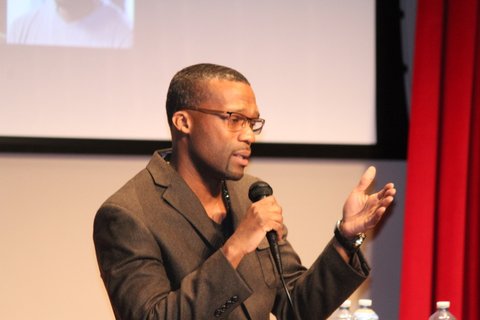 Washington, DC - The National Religious Campaign Against Torture is pleased to announce that Johnny Perez will join the NRCAT team as Director of U.S. Prisons Program. Beginning on October 16, Mr. Perez takes over the role from Rev. Laura Markle Downton who has overseen tremendous growth in NRCAT's U.S. Prisons Program since she joined the staff in 2013. Rev. Downton continues with NRCAT in the role of Campaign Strategist, shifting to more writing and fundraising to assist all of NRCAT's program areas.

On any given day, it is estimated that between 80,000 to 100,000 incarcerated people, disproportionately adults and youth of color, are held in solitary confinement in the U.S. That number does not include people in local jails, juvenile facilities, or in military and immigration detention. NRCAT's U.S. Prisons Program is focused on making visible this hidden torture of solitary confinement, and working to replace it with restorative alternatives rooted in human dignity.

"We are pleased that Johnny Perez will bring his experience as an advocate to serve as our national organizer of the faith community's work to end the torture of solitary confinement. Johnny brings passion and commitment to this role, continuing his outspoken support on behalf of the most vulnerable in our society."

In anticipation of joining the NRCAT staff, Johnny Perez said:

"Knowing first-hand the torture that is solitary confinement, I am excited to join the dedicated team at NRCAT as the Director of U.S. Prisons Program. We can reimagine a society that still holds people accountable but also uplifts the dignity of each human being. I hope to add value, insight, and leadership to existing campaign efforts, while building the capacity of religious leaders and directly impacted communities to engage in education and advocacy."

Since 2014, Mr. Perez has served as a Safe Reentry Advocate for the Urban Justice Center's Mental Health Project. Mr. Perez has worked to change the status quo of unjust policies and practices as a member of pro-social groups including the Jails Action Coalition, the Campaign for Alternatives to Isolated Confinement (CAIC), and the New York Advisory Committee to the U.S. Commission on Civil Rights. He is also a member of the Bar Association's Correction and Reentry Committee. Mr. Perez is currently finishing B.A. studies at Saint Francis College. Johnny Perez speaks at the Rally 4 Family Justice held during the 2017 Disciples of Christ General Assembly.