Be A Black Person That Is Muslim In America

Non-Black Muslims Don’t Want To Marry Me. I Don’t Care.
A few days ago the recent apology of ICNA President Naeem Baig was posted to…
detgirlnyworld.com

When I first heard about the questionnaire and the apology that followed, I must admit I wasn’t necessarily vexed about it. The apprehension and down right refusal of some non-black Muslims to marry black Muslims is an age old issue that has plagued the Muslim community for a looooong time. Truthfully, the discussion on interracial relationships isn’t unique to the Muslim community as it’s quite the hot topic in the African American community. Br. Naeem’s reminder speaks toward the racial unity that Islam teaches. However when cultures come into play, opinions change and folks don’t truly want to get to know you.

When discussing interracial relationships, especially in the African American community, we have to look at the different factors. It’s one thing to be attracted to someone from another race because you just thought they were fine. However, when a person intentionally seeks a mate from another race with the assumption that it will some how make them superior, then we must examine the self hate and inferiority complex that is fueling their decision.

Listen, I love my Black Men. I was raised by a Black Man. I grew up with Black Boys who became Black Men. My friends are married to Black Men. In-sha Allah I be will too. I’m part of a community that encourages Black love. Our Black Men support and protect us. Even with all the societal issues we as black folks have I LOVE BLACK MEN. Now this isn’t a shot at men of any other race. Actually this ain’t even about you. It’s about me and mine. I have such a love for my people that if no other race on the planet wanted me but Black Men, I’d be quite alright. And miss me with the “well Black Men don’t want Black Women” rhetoric. I see and know too many Black Men having beautiful Black Babies with Black Women. Although the images like the meme above may promote the idea that we as Black Women are being overlooked by our brothas, I’ve been thoroughly corrected by Black Men who say otherwise.

There are those who will read this and probably say “Sister, in Islam, we are all equal. You are only creating more division.” Oh please. If all Muslims truly lived by that statement we wouldn’t be having this discussion in the first place. I’m not saying we don’t need to have a discussion on racism in Islam. I’m saying that I don’t need the validation of men outside of my community in order to feel loved. So what if a *fill in your choice of non-black* muslim man doesn’t want to marry me. I’m quite comfortable with my melanin-filled brothas over here. 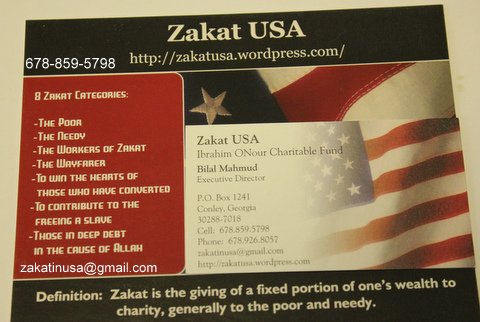