New Museums to Shine a Spotlight on Civil Rights Era 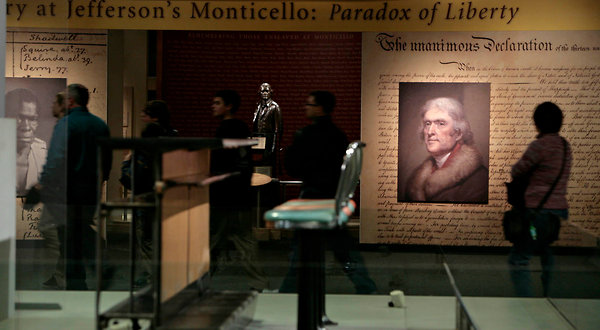 The Smithsonian’s National Museum of African American History and Culture in Washington plans to display the lunch counter from an important civil rights protest in Greensboro, N.C. More Photos »

A visitor can peer into the motel room in Memphis where the Rev. Dr. Martin Luther King Jr. was staying when he was

shot or stand near the lunch counter in Greensboro, N.C., where four young men began a sit-in that helped end segregation.

Other institutions are less dramatic, like the Tubman African American Museum in Macon, Ga., where Jim Crow-era toilet fixtures are on display alongside folk art.

But now, a second generation of bigger, bolder museums is about to emerge.

Atlanta; Jackson, Miss.; and Charleston, S.C., all have projects in the works. Coupled with the Smithsonian’s National Museum of African American History and Culture, which breaks ground in Washington this week, they represent nearly $750 million worth of plans.

Collectively, they also signal an emerging era of scholarship and interest in the history of both civil rights and African-Americans that is to a younger generation what other major historical events were to their grandparents. “We’re at that stage where the civil rights movement is the new World War II,” said Doug Shipman, the chief executive officer for the National Center for Civil and Human Rights, a $100 million project that is to break ground in Atlanta this summer and open in 2014.

“It’s a move to the next phase of telling this story,” he said.

The collection at the museum, which is to be set on two and half acres of prime downtown real estate donated by Coca-Cola, will include 10,000 documents and artifacts from Dr. King and a series of paintings based on the life of Representative John Lewis, Democrat of Georgia, by the artist Benny Andrews, who died in 2006.

Like many of the new museums, the Atlanta center aims higher than the first wave of monuments to the period. It will link the civil rights movement to global human rights, exploring how, for example, Dr. King’s speeches helped fuel the Arab Spring.

Although the momentum for the new museums is strong, the recession has shaved the size and shape of some projects, and raising money can be a challenge.

John Fleming, the director of International African American Museum planned for Charleston and a former president of the Association of African American Museums, points to the United States National Slavery Museum in Fredericksburg, Va. That project, led by former Gov. L. Douglas Wilder, was supposed to open on 38 acres in 2004. It recently went into bankruptcy, and people who donated money and artifacts are upset.

Although exactly what went wrong is still being debated, Mr. Fleming said that in part the project aimed too high and did not adjust as the economy softened. Mr. Fleming’s own project began as an $80 million, 70,000-square-foot museum. Now, it is smaller by $30 million and 20,000 square feet.

“Most black museums have difficulty raising funds,” Mr. Fleming said. “Being truthful, I don’t think people in the African-American community have stepped up to the plate in terms of making significant donations to these projects.”

Other directors disagree, saying a generation whose parents or grandparents lived through the 1950s and 1960s are now elected officials and on boards, where they have influence over where cultural dollars are spent.

“The folks who actually participated in the civil rights movement are getting to an age where legacy is important,” said Lonnie G. Bunch III, director of the Smithsonian’s African-American museum.

The election of President Obama, Mr. Shipman said, “caps the civil rights era and opens up the next chapter. There is a distance that allows new questions to be asked.”

As with the Holocaust and other historical events that eventually moved from painful reality to memorials and then to museums and academic scholarship, the importance of the civil rights movement gets heightened as the last of the participants begin to die.

“In some ways, it’s very much like the old Civil War veterans passing from the scene. Suddenly, the Civil War became more important,” said Philip G. Freelon, the architect who has designed most of the major civil rights museums in the country, including the projects at the Smithsonian and in Atlanta and the Mississippi Civil Rights Museum, a long-stalled project that finally secured $20 million from the State Legislature last April after Gov. Haley Barbour spoke in its favor.

The package comes with an additional $18 million to build an adjacent state history museum.

“These museums throughout the South are really a sea change,” said William Ferris, a University of North Carolina folklorist who edited the Encyclopedia of Southern Culture. “In Mississippi, to see a major civil rights museum is heartening in every sense.”

For some, however, there is concern that the movement to isolate the era in bigger and better museums helps people avoid meaningful conversations about racism that still expresses itself in everything from interactions at a grocery store to the presidential election.

“All of these efforts are important, but we still have not addressed the issue of race in America, and until we do, that hydra is going to keep raising its ugly head,” said Ayisha Cisse-Jeffries, vice president for global affairs and international policy at the African American Islamic Institute.

And then there is the question of attendance. With so many museums with similar themes, are there enough interested visitors?

Directors say the idea is to create a network of institutions that enhance one another rather than detract. And each place intends to have a specific focus. In Charleston, where fund-raising is beginning for a museum dedicated to slavery, visitors will be able to walk the ground where 40 percent of the Africans who would be sold as slaves arrived. The museum in Washington will be the most prominent. An estimated four million visitors are expected each year.

Its vast collection will be more archival, and will include the original “Soul Train” sign, the dress that Rosa Parks wore the day she refused to give up her seat on the bus and the gospel hymn book that belonged to Harriet Tubman.

As with many museums and collections dedicated to African-American history — there are more than 200 — the goal is to use black history as a lens on America.

“It is a new day, and the new day means this isn’t a time to remedy prior omissions,” Mr. Bunch said. “It really is a time to say this is how to understand who we are as Americans.”