exist. I am moving towards a dark cave and a dark life in the shadow of a dark prison. This is a prison that does not know humanity, and does not know [anything] except the language of power, oppression and humiliation for whoever enters it. It does not differentiate between a criminal and the innocent, and between the right of the sick or the elderly who is weak and is unable to bear and a man who is still bearing all this from the prison administration that is evil in mercy." ~Adnan Latif, Guantanamo Bay prisoner who died in custody in 2012~

I'm writing to you today, Human Rights Day, after spending my Thanksgiving break in Guantanamo City, Cuba as part of a delegation of Witness Against Torture activists challenging the ongoing detention and torture of the 107 prisoners who remain in custody at Guantanamo Bay. 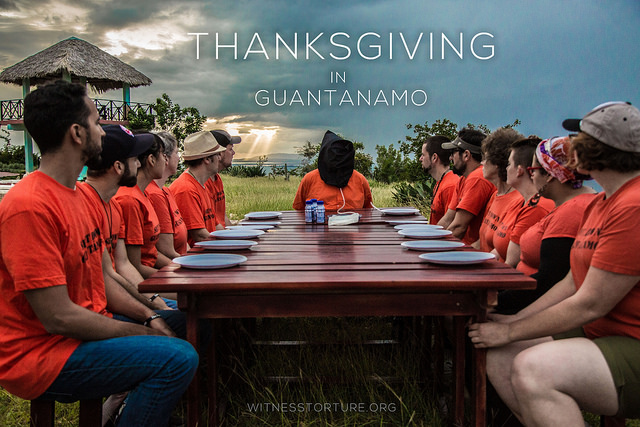 We lifted up Adnan's story as well as all the stories of other prisoners who remain detained in hopes that they would hear our calls for justice.  On the mountain top where we camped for four days, we could see the U.S. naval base where the infamous prison is housed. The pain of being so close to these men's freedom, yet so far away was hard to bear.

Throughout my time in Cuba, I reflected greatly on the absence of Muslim prisoner rights in the larger discourse around national security and mass incarceration.  For example, we also attended a conference on closing military bases worldwide. There was no mention of the Guantanamo Bay prison throughout the program despite its proximity, notoriety, and relevance when discussing militarism. Seeking to address this fact, I delivered an impromptu presentation at the conference where I shed light on the egregious abuses that have occurred behind prison walls and the fact that the prison houses an exclusively Muslim male population.  The absence of discussion on the Muslim body at the nexus of imperialism and Islamophobia makes our work to uplift and empower Muslim voices ever more important. 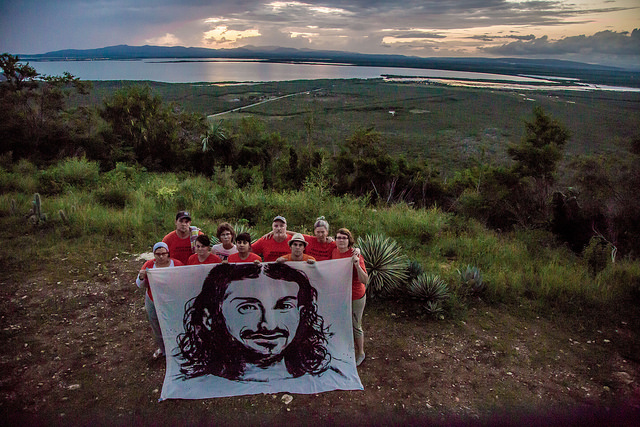 Our actions in Cuba were well received and prompted a lot of media attention.  I wrote several pieces, including a letter to Guantanamo Bay Prisoners and a letter to the American Muslim community.  I also wrote an article on the erasure of Guantanamo Bay prisoners.  Our trip was covered by The Guardian, AJ+, Common Dreams, Telesur, and Rachel Maddow. Additionally a fellow delegate wrote a piece in The Hill.

My trip reinforced to me the importance of NCPCF’s advocacy on behalf of Muslim prisoners and how it would not be possible without your support.  We very much need your help now more than ever as we are at a critical time in our evolution as an organization and need significant support to take the NCPCF to the next level.

Will you give $10 or more today in honor of Human Rights Day?

You can send your generous donations either through the NCPCF PayPal account on the right hand corner of our website or send a check to: NCPCF, P.O. Box 66301, Washington, DC 20035.

Thank you so much for your help and support in making the NCPCF what it is today. 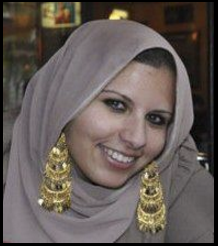