Muslims to NYPD: 'Respect us, we will respect you'...Imam Hajj Talib Abdur Rashid

Muslims to NYPD: 'Respect us, we will respect you'

Imam Hajj Talib Abdur-Rashid, President of the Islamic Leadership Council of Metropolitan New York, and leader of the Mosque of  Islamic Brotherhood, in New York, speaks during a rally of Muslims and supporters protesting against the NYPD surveillance operations of Muslim communities, Friday, Nov. 18, 2011, in New York. Hundreds of Muslims gathered in prayer Friday to oppose a decade of police spying on Muslim communities. The crowd filled about three-fourths of Foley Square in lower Manhattan, not far from City Hall. Demonstrators were scheduled to march on police headquarters (AP Photo/Bebeto Matthews)


Muslims to NYPD: 'Respect us, we will respect you' Associated Press

protest a decade of police infiltrating mosques and spying on Muslim neighborhoods.

Bundled in winter clothes, men and women knelt as the call to prayer echoed off the cold stone of government buildings.

"Being Muslim does not negate our nationality," Imam Talib Abdur-Rashid told the crowd of about 500 gathered in Foley Square, not far from City Hall and local courthouses. "We are unapologetically Muslim and uncompromisingly American."

The demonstration was smaller and more subdued than the Occupy Wall Street protests that led to clashes with police and made headlines worldwide. Police wore windbreakers, not riot gear, and protesters called for improved relations with police.

"We want for you to respect us," Abdur-Rashid said, "and we will respect you."

It was the first organized opposition to the NYPD's intelligence tactics since an Associated Press investigation revealed widespread spying programs that documented every aspect of Muslim life in New York. Police infiltrated mosques and student groups. Plainclothes officers catalogued Middle Eastern restaurants and their clientele. Analysts built databases on Arab cab drivers and monitored Muslims who changed their names.

"Had this been happening to any other religious group, all of America would be outraged," said Daoud Ibraheem, 73, a retired graphic artist from Brooklyn.

Following the prayer service, the Muslims _ joined by about 50 Occupy Wall Street demonstrators _ crowded the sidewalk for the short walk to the large police headquarters building known as One Police Plaza. They stayed only briefly, chanting for Police Commissioner Ray Kelly's ouster, before returning to Foley Square.

Protesters carried signs that said "NYPD Watches Us. Who Watches NYPD?" A dozen or so uniformed police officers monitored the demonstration and followed the march, but there were no clashes between protesters and police

At an unrelated news conference Friday, Kelly told reporters that he "categorically" denied the idea that the NYPD was spying.

Kelly and his intelligence chief, David Cohen, have transformed the NYPD into one of the nation's most aggressive domestic intelligence agencies. It operates far outside the city borders and its manpower and budget give it capabilities that even the federal government does not have. NYPD analysts were among the first to study the thorny question of how people are radicalized.

Kelly said his officers only follow leads and do not simply trawl neighborhoods.

"We do what we believe necessary to protect this city, pursuant to the law," Kelly said. "We have a battery of very experienced, well-trained lawyers that advise us on all of our tactics and operations."

Outside the department, however, there is little oversight of the Intelligence Division and it's roughly $60 million budget. The City Council is not told about all the department's secret operations and city auditors have not scrutinized the unit since it was transformed after the terrorist attacks of Sept. 11, 2001. Some of its tactics, such as monitoring name changes, would not be allowed by the FBI because of civil liberties concerns.

Many of the NYPD programs were built with the help of the CIA as part of an unusually close collaboration that is now the subject of an internal CIA investigation.

"America is supposed to be a country that protects your freedoms," said Yusuf Ali Muhammed, a protester from the Bronx who wore an embroidered skullcap and a white Middle Eastern robe. "But America has become a hypocritical government, a government that thinks it can do anything it wants with nobody objecting."

Abdur-Rashid, of the Mosque of Islamic Brotherhood in Harlem, said it was no secret that police have been watching mosques for years. But monitoring everything from Islamic schools to restaurants, as shown in NYPD documents, was unacceptable, he said.

"We're peaceful people," said Dalia Nazzal, 18, a freshman at the City University of New York, a target of police infiltration. "We don't deserve to be under surveillance."

Mohamed Mahmoud, 40, the owner of a Brooklyn printing shop, said he knew several people who had been approached by NYPD officers trying to recruit them as informants. Documents obtained by the AP also show that police monitored even those Muslims who decried terrorism and partnered with the government to prevent violence.

"They think that all Muslims are criminals, and it's not right," Mahmoud said.

© 2011 The Associated Press. All rights reserved. This material may...

Imam Al-Hajj Talib 'Abdur-Rashid (center, right), Amir of The Majlis Ash-Shura of Metro NY,  Imam Dawud Walid of CAIR-Detroit (center, left) ,  Imam Ayub Abdul-Baki (2nd from right) , Social Justice Chairman of the Majlis, and brother Abdel-Hafiidd Djemil (right, front) , Secretary of the Majlis.
Walking beside and behind them were 500 believers and supporters 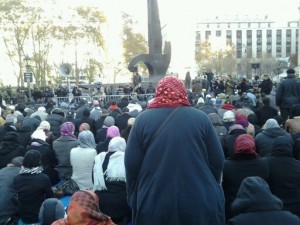 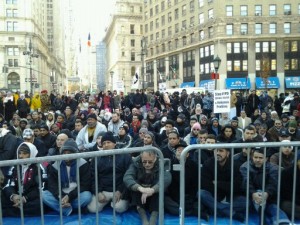 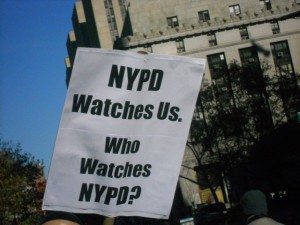 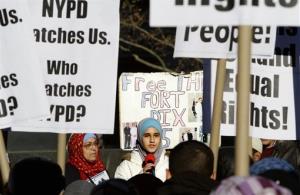 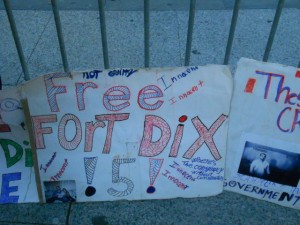 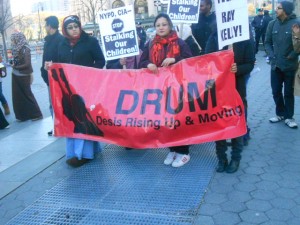 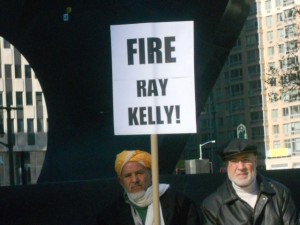 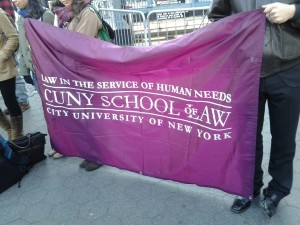