WASHINGTON, USA - Three imams including a US-born Muslim bound for a conference on Islamophobia were kicked

off US domestic flights out of security fears, clerics and an airline said Saturday.

Two imams boarded a flight from Memphis, Tennessee to Charlotte, North Carolina on Friday only to have it return to the terminal so they could be put through "additional screening," said a spokesman for Atlantic South Airlines (ASA), the Delta Connection airline operating the flight.

"We take security and safety very seriously, and the event is currently under investigation," said spokesman Jarek Beem, adding that the men were put on the next available flight.

ASA is investigating the incident, "and we sincerely apologize for any inconvenience that this may have caused," Beem said. 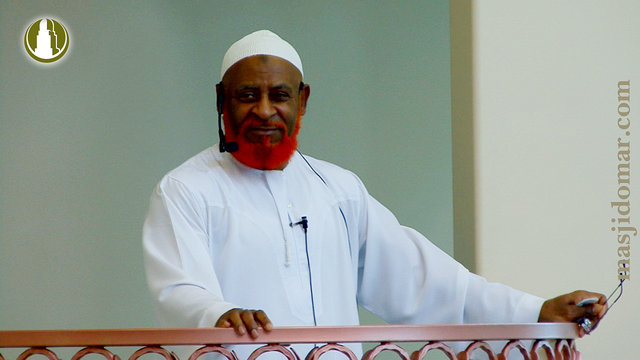 US-born imam Al-Amin Abdul-Latif of Long Island was barred from boarding an American Airlines flight from New York to Charlotte late Friday and told to return to LaGuardia airport for a morning flight Saturday, only to be refused boarding again, without explanation, his son said.

"This morning we get to the airline, and the ticket agent told my father that the airline does not want him to fly. Those were her exact words," Abu Bakr Abdul-Latif told AFP.

"There was nothing he could do," said the son, who traveled on to the Charlotte conference without his father.

Masudur Rahman, a permanent US resident from India and former Memphis imam who teaches Arabic at the University of Memphis, said he and another cleric, a US permanent resident from Egypt and dressed in a shoulder-to-ankle Islamic robe, were pulled off ASA flight 5452 and cleared through new security checks.

"But when we went to re-enter the plane, the Delta supervisor said 'Sorry, the pilot is not allowing you to enter,'" Rahman told AFP.

Delta negotiated at length with the pilot, noted Rahman, who said he was told that "some passengers might be uncomfortable" with their presence on the plane.

"I think they were obviously upset to the extent that they were inconvenienced, but, you know, they understand what's going on in the world and particularly in the heightened sensitivities after the death of Osama bin Laden," Ibrahim Hooper of the Council on American-Islamic Relations told CNN.

Bin Laden, the Al-Qaeda chief who orchestrated the September 11, 2001 attacks on the United States was killed Monday by US commandos in a daring raid deep inside Pakistan.

Al-Qaeda acknowledged their leader's death, and has vowed revenge on America for the killing.

The imams were heading to the North American Imams Federation conference entitled "Islamophobia: Diagnosis and Treatment."

This past week-end at least four imams (2 from Tennessee and two from New York City) were denied travel by American Airlines on Friday and then on Saturday (May 6 & 7) without any reason. Amongst them were the President

of the Majlis Ash-Shura of NY, Imam Al-Amin Abdul-Latif. .

The profiling of Muslims and the abuse of their civil rights by government authorities and by airlines must be stopped. The only way to do is by mountain a public information campaign. Therefore, we urge you to take the following two actions IMMEDIATELY.

1) Call or/and send e-mail to Attorney General Eric Holder and request that he put an end to the harassment of Muslims and their Imams. Telephone: 800-869-4499; e-mail: AskDOJ@usdoj.gov

2) Call or/and send an e-mail to American Airlines to protest their behavior and profiling. Telephone: 800-433-7300 (then press 0 then ask for customer service supervisor); e-mail: http://www.aa.com/contactAA/viewEmailFormAccess.do?eventName=custom...

We must be steadfast in our efforts, as the problem affects us all. The first two imams were immigrant American Muslims. The last two were both African Americans.