Cairo (CNN) -- Egyptian President Mohamed Morsy supports calls by people in Syria for President Bashar al-Assad to be tried for war crimes, he told CNN on Sunday in an exclusive interview. 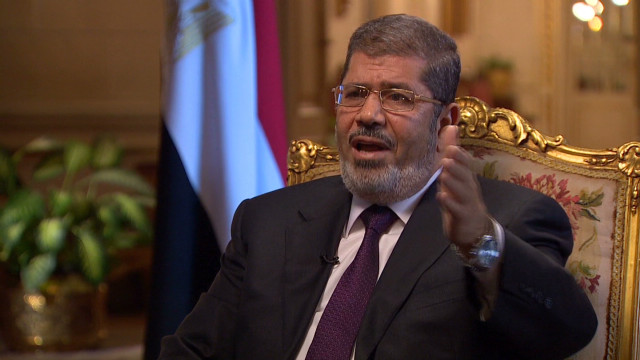 Morsy on al-Assad and war crimes

"The Syrian people through their revolution and through the movement will -- when the bloodshed stops -- move to a new stage where they will have an independent parliament and a government of their choosing," Morsy, Egypt's first freely elected leader, told CNN's Wolf Blitzer in Cairo. "And then they will decide what they want to do to those who committed crimes against them. It is the Syrian people who decide."

Al-Assad's effort to crush anti-government protests in 2011 has turned into a bloody civil war in which the United Nations estimates that more than 60,000 people have been killed. In his first televised address since June, al-Assad said Sunday that Syria was under "an external attack" by "extremists, who only know the language of killing and criminality."

Asked about Syria, Morsy repeated his previous calls for al-Assad to leave power. 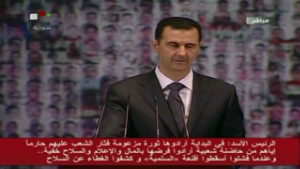 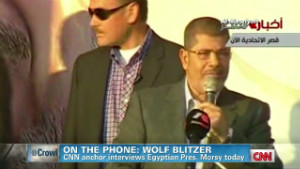 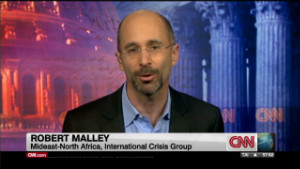 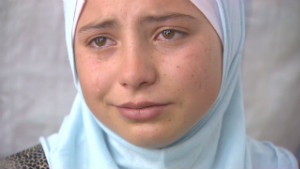 Egyptian revolutionaries toppled longtime strongman Hosni Mubarak in early 2011, and Morsy has said Egypt will work for Arab and international support to replace al-Assad. Asked whether he thought the Syrian leader should be tried before the International Criminal Court for war crimes, Morsy said, "It is not I who want this, but the Syrian people who want this."

Morsy brokered the November cease-fire that ended an eight-day conflict between Israel and the Palestinian Islamist faction Hamas, which controls Gaza. Now, he has invited the heads of the two major Palestinian factions to meet in Cairo in hopes of building unity, a task he acknowledged won't be easy.

Morsy said he invited Palestinian Authority President Mahmoud Abbas to meet with Khaled Meshaal, the political leader of Hamas, who lives in Cairo. Hamas controls Gaza, while Abbas's party, Fatah, controls the West Bank. The two factions have clashed violently over the years.

The United States, Israel and the European Union list Hamas as a terrorist organization. The group has carried out numerous attacks, killing scores of civilians.

In the interview Sunday with CNN, Morsy sought to assure viewers around the world, as well as people in his own country, that he is committed to promoting democracy and protecting minorities, including the country's Coptic Christians, from discrimination.

Having spent time in the United States -- he received a doctorate at the University of Southern California -- Morsy knows U.S. democracy and said he is committed to allowing free speech.