Low Turnout of Youth in US 2012 Presidential Election

An April report by Harvard University’s Institute of Politics (IOP) found that, out of 20 possible issues, young voters listed 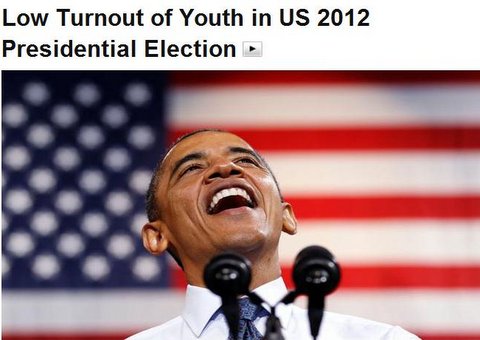 A July 13th Gallup poll found that only 58 percent of 18 to 29 year-old registered voters are planning to vote in this year’s election, down 20 percent from the 2008 election and, by far, the lowest percentage in recent history. And in context, those numbers are not surprising.

jobs as the most important issue for them in this election.

According to that April report, a large portion of youth voters also have low opinions of both President Obama and presumptive Republican nominee Mitt Romney, as well politicians in general.

Obama and Romney agree on many issues, and despite their best efforts, neither candidate has shown any major clash in their respective worldviews.

Whenever an election year rolls around, questions concerning the percentages of people voting always take front and center.

In the 2008 presidential election of Barak Obama, there was an increase in the youth vote, with around 18 percent of total voters being made up of the youth demographic.