Killing of another young Black Male In Florida... 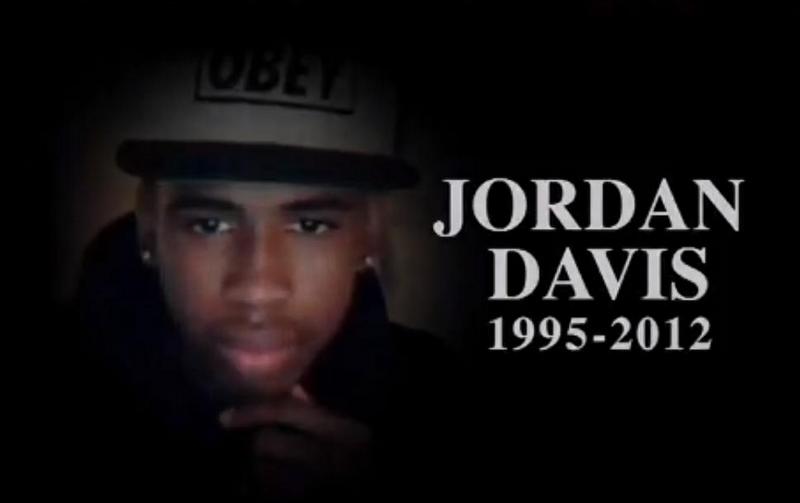 Michael David Dunn, 45, is charged with murder and attempted murder in the Nov. 23 shooting at a Jacksonville, Fla., gas station. Dunn parked beside an SUV 17-year-old Jordan Davis was riding in with three other young men and told them to turn the music down, police said. Dunn exchanged words with Davis, who was in the back seat, and started firing, later telling police he felt threatened.

comparisons to the Trayvon Martin case, but the differences are significant.

Unlike the Martin case, there were several witnesses to this shooting and there was no scuffle before 17-year-old Jordan Davis was shot to death. And notably, the man accused of firing into the car was arrested a day later.

Michael David Dunn is charged with murder and attempted murder in the Nov. 23 shooting at a Jacksonville, Fla., gas station.

The 45-year-old Dunn parked beside the sport utility vehicle occupied by Davis and three other young men and told them to turn the music down, police said.

Dunn exchanged words with Davis, who was in the back seat, and started firing. He later told police he felt threatened.

His attorney has said Dunn saw a gun and shot in self-defense, perhaps laying the ground work for a case under Florida's "stand your ground" law.

Since the shooting, Davis' family has received an outpouring of support from the community.

A "Justice for Jordan" Facebook page was set up and his classmates gathered at a memorial service with T-shirts showing Davis' smiling face.

Fire trucks saluted him by spraying water over an airplane carrying his body to Atlanta while it was on the runway. His funeral is scheduled for Saturday.

Davis' father, Ron, said his son was a typical high school junior who was getting ready to start his first job at McDonald's, looking forward to buying his first car and turning 18 early next year.

He had a "million-dollar smile" and liked music, listening to mostly rap but also the sounds of his dad's generation, including James Brown and The Temptations.

Standing over his son's casket, Ron Davis promised to fight laws that allow people to carry guns outside of their homes.

"Law enforcement should be the only people who should have guns on the street," he said. "That's what's killing our kids more than anything."

Police said they didn't find a weapon in the SUV with the young men, and Ron Davis said he doesn't believe Dunn's claim that he saw a gun. He thinks Dunn is searching for an explanation.

"They were just 17-year-old kids that were having a good time, coming from the mall," he said.

The shooting has revived the debate over Florida's "stand your ground" law, which allows people to use deadly force if they believe their life is in imminent danger. Dunn's attorney hasn't said whether she will argue the shooting was justified under the statute.

The law came under harsh criticism after Martin was shot in February by neighborhood watch volunteer George Zimmerman, who believed the teenager was acting suspicious. Martin and Zimmerman got into a fight and Zimmerman said he thought Martin was reaching for his gun. Authorities didn't arrest Zimmerman for more than a month after the shooting, adding to the furor.

"This case is so far from Trayvon Martin's case," Ron Davis said.

"I don't see how he is going to prevail under 'stand your ground,'" Lave, a former public defender in San Diego for 10 years, said of Dunn. "You're allowed to own a gun. Even if there was a gun in the car, that doesn't mean the gun was used to threaten him in any way."

The shooting unfolded about 7:40 p.m. when Dunn stopped at the gas station with his girlfriend after going to his son's wedding, police said. Dunn's girlfriend went into the store, and he told the young men to turn the music down.

"It was loud, they admitted that, but that's not a reason for someone to open fire on them and take action," Jacksonville Sheriff's Lt. Rob Schoonover said.

Dunn fired eight or nine shots into the car and Davis was hit a couple of times, police said. Dunn's girlfriend ran outside.

"When she came out, she said, 'What's going on?' and supposedly his statement was, 'I just fired at these kids,'" Schoonover said. "At that time I don't know if he knew that he struck anyone in the vehicle."

Dunn and his girlfriend drove off and spent the night at a hotel. Dunn was arrested a day later at his home in Satellite Beach, about 160 miles away, when police tracked his license plate.

He told detectives he had been in the process of turning himself in to a neighbor, who was in law enforcement.

"His side of the story is he felt threatened and that is the reason he took action," Schoonover said.

Dunn was described by police as a gun collector who shot at local ranges. His attorney, Robin Lemonidis, told The Florida Times-Union her client "absolutely" saw someone with a shotgun in the SUV. She only said "we'll see" if Florida's "stand your ground" law would be part of her defense.

Police didn't know if Dunn had a concealed weapons permit, but said he had the gun for a "long period of time."

Lemonidis told the newspaper Dunn was "devastated that anyone was harmed in this instance."

Phone calls made to his relatives were not immediately returned.

Police said they were looking into whether alcohol was a factor, but didn't know. Lemonidis said it was not. An assistant for her said she did not want talk more about the case more until the trial.

Why Did He Have To Die?

What a shameful event!

Is Loud Music Just Cause To Kill A Human Being...