Imam Jamil Al-Amin
Paypal Link: Justice Fund Imam Jamil Al-Amin
29 Shawal 1431 AH
Dear Believers:
I pray that this communique will find each of you in the full protection of Allah. Today I woke up with my family in the comfort of my home, and suddenly I remember, or it hit me that my Brother/Comrade Imam Jamil Al-Amin has not been home in over 10 years. Then the question came to me, have you done everything you can to assist in his coming home. In that regard I came to the conclusion that there is a little more that each of us can do to make a tremendous difference. If at least 400 of us, on a consistent basis contributed a minimum of $10.00 per month to the the Justice Fund, P.O. Box 115363, Atlanta, Ga. 30310-8363.
This contribution which amounts to $.33 per day.
Paypal Link: Justice Fund Imam Jamil Al-Amin
I know that our brother means much more than that to each of us. 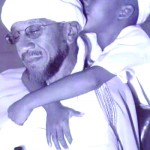 Picture of Imam Jamil with his youngest son.....you can see was a baby...now in his second year of Law School...this is unacceptable...
The following is an update on the condition of Imam Jamil Al-Amin....how can we just sit by and do not while our Brother is living under such conditions?
The current status of Imam Jamil: A habeas corpus petition for a new trial has been formally submitted, and the court's ruling is now pending. Imam Jamil is currently being held in 23 hour lock-down, with no human contact, at a supermax prison in Florence, Colorado – a condition that is inhumane, unconstitutional, and a violation of internationally agreed upon Human Rights (as enshrined in the “Universal Declaration of Human Rights”). Imam Jamil has a well known history (predating his embrace of Islam) of dedicated struggle for the rights of Black People in America, and all other oppressed peoples throughout the world.
Again Contributions can be sent to:
Justice Fund
P.O. Box 115363
Atltanta, Ga. 30310-8363
Paypal Link: Justice Fund Imam Jamil Al-Amin On Thursday, August 2, 2007, the public learned that Jamil Al-Amin, formerly known as H. Rap Brown, no longer was in the custody of the State of Georgia; he had been moved, without notification to his attorneys or family members, from the Georgia State Prison at Reidsville, Georgia into the custody of the Federal Bureau of Prisons. Information provided to the press indicated that Mr. Al-Amin was moved to Oklahoma City and then within a day to the ADMAX federal prison in Florence, Colorado. It was only on August 15, 2007 that he was able to inform his attorneys that he was moved from Reidsville State Prison to the Atlanta Medical Center, in Atlanta, for two days of exploratory tests for chest pains. He then was moved to Georgia’s Jackson State Prison before Georgia handed him over to the Federal Bureau of Prisons. Once in federal custody, Mr. Al-Amin was moved to Oklahoma City and then moved to his final destination—the “Supermax” federal prison in Florence, Colorado, to be held in 23-hour lockdown.

Mr. Al-Amin has three legal actions pending. The transfer to federal custody in a facility over 1,400 miles away removes him from the Georgia area where family and friends would be able to visit on a regular basis. The move continues to isolate him from other inmates and the opportunity to worship with others, and it further imposes harsh conditions which Mr. Al-Amin challenged while incarcerated in the Georgia prison system.

Attorneys questioned the Georgia Department of Corrections as to the reason for Mr. Al-Amin’s transfer to federal custody, even though he has not been charged or convicted of a federal crime. Devon Orland, Department of Law, State of Georgia, responded:

“The decision to transfer Mr. Al-Amin was made in conjunction with the

federal government and was based upon legitimate security concerns. As for the

specific events that led to his transfer I am not at liberty to discuss those but can tell you that there were legitimate security concerns.

Neither I, nor anyone with the Department of Corrections has control over where

Mr. Al-Amin will be housed within the federal system. He will be subject to the

need to check with them as to his current status, likelihood of his being housed

within Georgia and rules regarding attorney contact and legal mail. Mr. Al-Amin

prison sentence so “responsibility” is hard to define out of context. The Bureau

of Prisons is responsible for the care and incarceration of Mr. Al-Amin if that

is the question you are asking…”

On November 14, 2005, counsel for Mr. Al-Amin filed a Habeas Corpus in the Superior Court of Tattnall County, State of Georgia. The habeas corpus action cited 14 grounds for reversal of Mr. Al-Amin’s conviction and sentence of life without parole.

Grounds presented included ineffective assistance of counsel based on the failure of trial counsel to: request a change of venue due to negative publicity; permit Mr. Al-Amin to testify in his own defense; investigate the confession of an individual; challenge the issue of the prosecution striking all persons from the jury who indicated an affiliation to Muslims; failure of the prosecution to provide discovery to the defense; inappropriate statements made by the prosecution regarding the failure of Mr. Al-Amin to testify, and his courtroom conduct by not standing for the jury as members entered the courtroom.

Other grounds included error on the part of the judge by denying Mr. Al-Amin the right to counsel of his choice by eliminating all but one of his four trial lawyers from participating in voir dire of the jury; the opportunity to present favorable evidence and testimony; and the opportunity to raise prior misconduct of an FBI agent.

The habeas also challenges the government sponsored oath taken by the grand and petit jurors and witnesses which resulted in a conflict between religious practices and state function in violation of the Establishment Clause and the First Amendment to the United States Constitution. Counsel also addressed the issue of violation of the 6th and 14th Amendments based on jury selection procedures.

Attorneys and investigators worked during 2006 to identify witnesses and obtain documents to present during a scheduled February 27, 2007 habeas hearing. The hearing was held and attorneys currently continue to take depositions and to supplement the habeas brief before the judge assigned to the case renders a decision. The attorneys received the habeas hearing transcript and trial record free of charge after the judge approved pauper status requested by Mr. Al-Amin. After depositions are taken and presented to the Court, the judge is expected to make a decision whether Mr. Al-Amin is entitled to a new trial based on evidence presented.

From a cell at the Florence, Colorado ADMAX federal prison, Mr. Al-Amin continues to challenge the State of Georgia’s prison system through the filing of two § 1983 actions.

State Prison at Reidsville for opening legal mail outside of Mr. Al-Amin’s presence sent from Attorney Karima Al-Amin. In November 2004, the Department of Corrections ruled that Reidsville violated standard operating procedures by opening mail clearly marked “legal” from Mr. Al-Amin’s wife who is an attorney licensed to practice law in Georgia. Opening legal mail outside of an inmate’s presence is a First Amendment violation as well as a violation of the attorney-client privilege.

mail from Attorney Karima Al-Amin in violation of its standard operating procedures. The State of Georgia appealed the decision to the 11th Circuit Court of Appeals, and the Court appointed counsel from the law firm of Kilpatrick Stockton, LLP, to argue Mr. Al-Amin’s case. Argument was held on September 20, 2007 resulting in the 11th Circuit ruling, on January 7, 2008, that the Reidsville warden and staff violated Mr. Al-Amin’s First Amendment rights by opening legal mail from Attorney Karima Al-Amin outside of his presence. The State appealed to the 11th Circuit for a rehearing, and the Court denied the appeal. The State subsequently filed its writ to the U.S. Supreme Court, which was denied on October 6, 2008. The pro bono attorneys from Kilpatrick Stockton are preparing for trial and will explore challenging the Prison Litigation Reform Act, which prevents Mr. Al-Amin from receiving punitive damages. Attorneys further are exploring filing a separate action challenging Reidsville’s effort to infringe on Mr. Al-Amin’s right to practice his religion while incarcerated. This action would be a RLUIPA claim.

This action addressed Reidsville’s past 23-hour lockdown confinement of Mr. Al-Amin, retaliatory actions, and the transfer to the ADMAX federal prison in Florence, Colorado. The State of Georgia transferred Mr. Al-Amin based on a March 1990 Agreement between the Georgia Department of Corrections and the Federal Bureau of Prisons to house a state inmate upon request. This transfer took place without notification to Mr. Al-Amin’s attorneys or family members, even though his habeas and lawsuits were pending. The retaliation lawsuit also addressed efforts to prevent Mr. Al-Amin from freely exercising his right to practice his religion in the Georgia prison system.

We are requesting assistance in challenging the decision made by the State of Georgia to move Mr. Al-Amin more than 1,400 miles from his legal counsel at a time when lawsuits are pending in Georgia. Although the Federal Bureau of Prisons maintains it will return Mr. Al-Amin to Georgia upon Georgia’s request, Georgia is refusing to seek his return. The transfer out of the State of Georgia to a federal institution that operates a behavior modification program is seen as a punitive action on the part of the government; consequently, we are requesting assistance to petition for a change to a neighboring federal facility or Georgia prison, and out of the SUPERMAX conditions.

Endorsement
On behalf of the Justice Fund, we would like to thank you and express our support for your efforts in implementing a fundraising effort to defray the legal costs incurred by my brother, Imam Jamil Al-Amin. The Fund welcomes donations through this effort.
Thank you 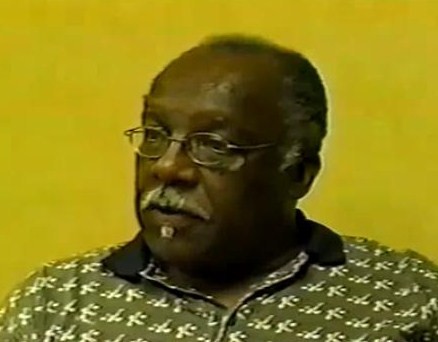 Comment by Bilal Mahmud المكافح المخلص on October 10, 2010 at 3:24pm
To The Imam And All The Strugglers For Truth...