Fatima El-Amin, a distinguished W.D. Mohammed High School alumni, has been appointed as a Full Judge of the DeKalb 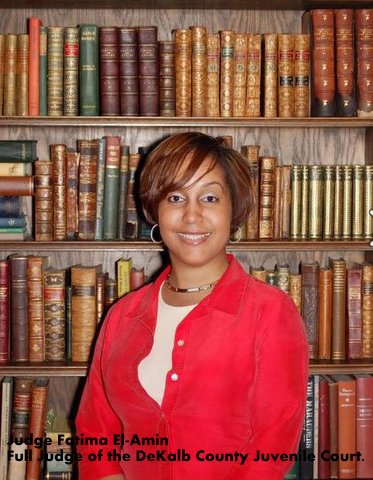 Judge Fatima El-Amin
County Juvenile Court. El-Amin, who completed her undergraduate studies at Harvard University and her law degree at Emory University School of Law, was appointed by the superior court judges. Announcement from DeKalb Juvenile Justice shared that "Prior to serving in her current role as Senior Child Advocate Attorney in the DeKalb County Child Advocacy Center, judge-select El-Amin served as an assistant district attorney in DeKalb County and as an associate in private practice." El-Amin plans to take the bench as Judge at the end of April. Alhamdulillah and congratulations to our own Mohammed Schools alum. 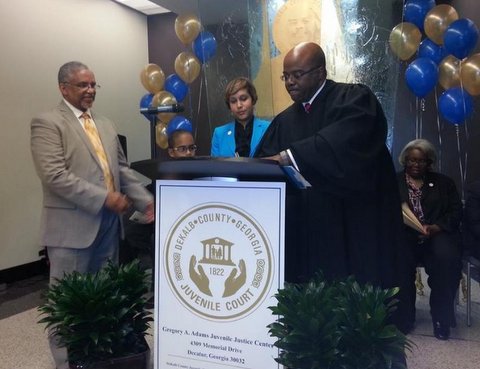 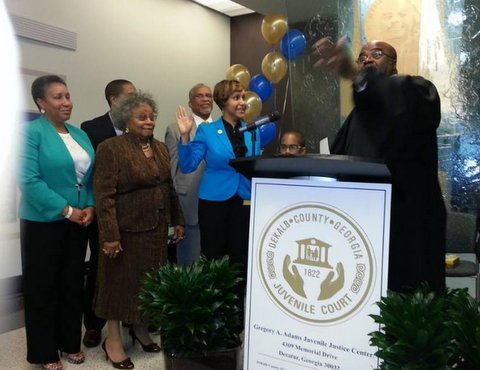 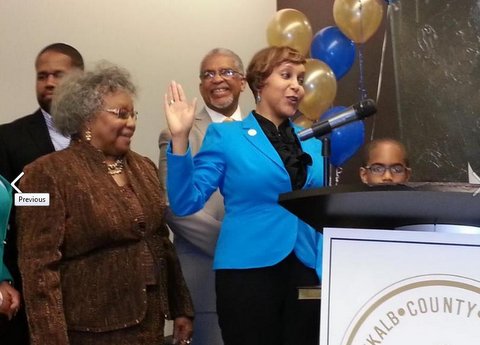 Full Judge of the DeKalb County Juvenile Court.
The Honorable Fatima A. El-Amin Judge, Dekalb County Juvenile Court
Judge Fatima A. El-Amin is a native of Atlanta, Georgia.  She attended W.D. Mohammed High School in DeKalb County and gratuated as Co-Valedictorian of her class.  Judge El-Amin completed her collegiate studies at Harvard University in Cambridge, Massachusetts and graduated cum laude with a dual B.A. degree in Psychology and Near Easter Languages and Civilizations.  Her senior honors thesis titled, "The Hijab:  Investigating the Relationship between Traditional Islamic Dress and Self-Esteem among African-American Muslim Women," received Magna Cum Laude distinction at Harvard.  Judge El-Amin returned to Atlanta, Georgia and received her J.D. degree from Emory University School of Law in 2000.  She was the recipient of the Emory Law School Dean's public Service Award.
Judge El-Amin's legal career began (and spanned four years) as an Assistant Distric Attorney in DeKalb County.  She prosecuted adult and juvenile offenders in the Superior Court and Juvenile Court divisions of the District Attorney's Office. She also worked in the condemnations and White Collar Crime divisions of the office.  As an appellate attorney in the D.A.'s office, Judge El-Amin tendered briefs and oral arguments before both the Georgia Supreme Court and the Georgia Court of Appeals.
In 2004, Judge El-Amin joined a private real estate practice in East Point, Georgia and represented clients in commercial property disputes.  A year later, Judge El-Amin returned to public interest law as a Senior Attorney in the DeKalb County Child Advocacy Center.  She was quickly promoted to Supervising Attorney and was responsible for overseeing litigation and advocacy efforts on behalf of abused and neglected child-clients.  She remained with the Child Advocacy Center for nearly ten years until April, 2014 when she was appointed as a full Juvenile Court Judge by the Superior Court Judges of DeKalb County.

Judge El-Amin is active in several civic and philanthropic causes.  Most recently, she sat on the executive boards of Forever Family and Camp Butterfly, organizations dedicated to the empowerment of disadvantaged youth.  She is a former associate legal producer for a nationally-syndicated court television program and a former co-host of "The Circle", a local cable television program highlighting the perspectives and contributions of leading women in Atlanta.