It’s Not Just Jerusalem, It’s All of Palestine
What’s going on in Jerusalem is what has always been going on in Palestine since 1948 – the forced dispossession of Palestinian Arabs.
palestinechronicle.com

What’s going on in Jerusalem is what has always been going on in Palestine since 1948 – the forced dispossession of Palestinian Arabs of their identity, land and heritage.

Because of Donald Trump’s declaration to move the US embassy to Jerusalem and the resultant global outrage regarding this decision, many people have become interested in understanding what is going on in Palestine and what the global ramifications might be.

They are finally becoming aware, after 69 years of Nakba, 69 anniversaries of Human Rights Day and 69 years of falsification of history, that the Palestinian people, like all other peoples in the world, do in fact have the right to self-determination and return.

Israel is surrounded by the Palestinians (among them 5 million UNRWA Palestine refugees in Gaza, the West Bank, Lebanon, Syria, and Jordan) it drove out of Palestine to establish the Apartheid settler colonial Jewish state there. These people are mostly, but not exclusively, Muslim in religion. They are the indigenous people of Palestine, Arab in culture, the true owners of the land.

But at the center of Zionist mythology is illegally-annexed Arab East Jerusalem.

As Hamid Dabashi writes in Al-Jazeera: 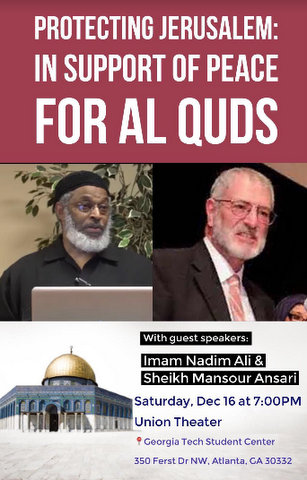