John Louis Esposito (born May 19, 1940) is an American professor of International Affairs and Islamic Studies at 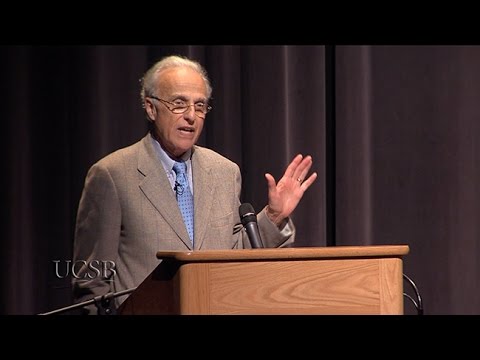 Georgetown University in Washington, D.C. He is also the director of the Prince Alwaleed Center for Muslim–Christian Understanding at Georgetown.

Esposito was born in Brooklyn, New York City on 19 May 1940. He was raised a Roman Catholic in an Italian neighborhood in Brooklyn, and spent a decade in a Catholic monastery. After taking his first degree he worked as a management consultant and high-school teacher. He then studied and received a masters in theology at St. John’s University. He earned a PhD at Temple University, Pennsylvania in 1974, studying Islam and held postdoctoral appointments at Harvard and Oxford.

For nearly twenty years after completing his PhD, Esposito had taught religious studies (including Hinduism, Buddhism and Islam) at the College of the Holy Cross, a Jesuit college in Massachusetts. At Holy Cross, Esposito held the Loyola Professor of Middle East Studies position, was the chair of the Department of Religious Studies, and the director of college’s Center for International Studies.[1] At Georgetown University, Esposito holds the position of University Professor and teaches as both Professor of Religion and International Affairs and Professor of Islamic Studies.[2] Esposito also works as a Senior Scientist at the Gallup Center for Muslim Studies, where he co-authored Who Speaks for Islam? What a Billion Muslims Really Think, which was published in March 2008.

In 1988, he was elected president of the Middle East Studies Association of North America (MESA). He has also served as president of the American Council for the Study of Islamic Societies. He served as Vice Chair of the Board of Directors of the Center for the Study of Islam & Democracy from 1999 to 2004 and is a member of the World Economic Forum’s Council of 100 Leaders and the High Level Group of the U.N. Alliance of Civilizations. He was an advisor to the award-winning, PBS-broadcast documentary Muhammad: Legacy of a Prophet (2002), produced by Unity Productions Foundation. A recipient of the American Academy of Religion’s 2005 Martin E. Marty Award for the Public Understanding of Religion and of Pakistan’s Quaid-e-Azam Award for Outstanding Contributions in Islamic Studies, in 2003 he received the School of Foreign Service, Georgetown University Award for Outstanding Teaching.[1]

He is currently Vice President (2012) and President Elect (2013) of the American Academy of Religion and a member of the E. C. European Network of Experts on De-Radicalisation and the board of C-1 World Dialogue and an ambassador for the UN Alliance of Civilizations.[citation needed]

Esposito founded the Center for Muslim-Christian Understanding at Georgetown University and is its current director. The center received a $20 million endowment from Saudi Arabian Prince Alwaleed Bin Talal “to advance education in the fields of Islamic civilization and Muslim-Christian understanding and strengthen its presence as a world leader in facilitating cross-cultural and inter-religious dialogue.”[3]