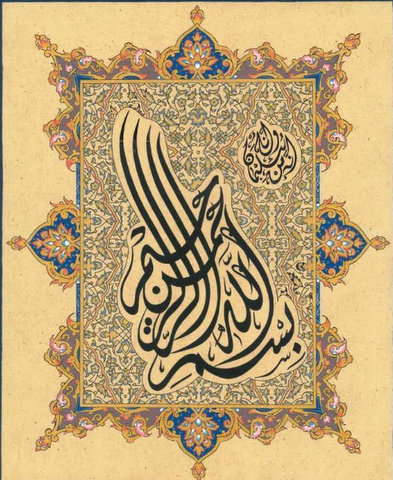 Written by Dr. Antar Ibn-Stanford
The six articles of faith are: belief in the oneness of Allah, His messengers, His scriptures, His angels, the Last Day, and pre-destiny.
The five pillars are: the declaration of faith, five ritual prayers daily, required charity, fasting during the month of Ramadan, and the pilgrimage to Makkah.
The five judgments are: obligatory acts, recommended acts, optional acts, disliked acts, and forbidden acts.
The six necessities are: protection of religion (deen), life (nafs), progeny (nasl), common sense (aql), property (mal), and honor (ird).

Concerning the articles of faith, Umar (R) said that the Messenger of Allah (pbuh) said: "It (faith) is that you believe in Allah and His angels and His books and His messengers and in the Last Day, and in fate (qadar), both in its good and in its evil aspects" (collected by Muslim (#63, Book 1, Chapter 1).

Concerning the five pillars, Umar (R) said that the Messenger of Allah (pbuh) said:
"Islam is that you should testify that there is no god worthy of worship except Allah and that Muhammad is His Messenger (pbuh), that you should perform salah (ritual prayer), pay the zakah, fast during Ramadan, and perform Hajj (pilgrimage) to the House (the Ka`bah at Makkah), if you can find the means for making the journey to it" (collected by Muslim (#63, Book 1, Chapter 1).

Concerning the six necessities, know that religion must be preserved. Allah, the Exalted, says in the Qur’an 22:40:
“Had not Allah repulsed a people using another people, monasteries, churches, synagogues, and mosques, in which the name of Allah is mentioned often, would have been demolished. God without a doubt will help those who help His cause. Indeed God is Strong and Mighty.”

Second, life must be preserved. Allah, the Exalted, says in the Qur’an 5:32:
“Whoever kills a person--unless it is for murder or corrupting the earth—it is as if he killed all people. Whoever saves a life, it is as if he has saved all of the people."
He, the Exalted says in the Qur’an 2:173: “. . . if one is forced by necessity (to eat forbidden food), without purposeful disobedience, nor transgressing due limits, then he is guiltless. Indeed, God is Forgiving, Merciful.”

Third, progeny must be preserved. Allah, the Exalted, says in the Qur’an 6:151:
“Do not kill your children out of fear of poverty, We will provide for you.”

Fourth, reason must be preserved. Allah, the Exalted, says in the Qur’an 2:242:
“Likewise, Allah explains to you His signs and verses, in hopes that you will use common sense."

"Oh you who believe! A people must not ridicule another people, for it may be that they are better than them."
He, the Exalted, also says in the Qur’an, 2:264: “Oh you who believe! Do not render in vain your charity by reminders of your generosity or by harming the person.”