Mohammad Hassan Asafari, a member of the Majlis Committee on National Security and Foreign Policy, on Friday

described the Quds Day as “the symbol of unity among Islamic forces.”

He stressed the importance of a massive participation in rallies and added, “The International Quds Day is a day of mourning for the Zionists.”

“Participation in this year’s rallies is very important because this year the Zionists have increased their plots against different parts of the occupied Palestine by raising the issue of reconciliation while expanding their settlement construction in the occupied regions,” the Iranian legislator stated.

Asafari warned against Israel’s plots to distract the public opinion from the issue of Palestine, saying world nations would display their vigilance and prudence on the International Quds Day.

In August 1979, the late founder of the Islamic Republic Ayatollah Khomeini declared the last Friday of the Muslim holy month of Ramadan as International Quds Day, calling on Muslims across the world to mark the annual occasion by holding street rallies.

Millions of people around the world take to the streets on this day in a show of support for the people of Palestine, demanding an end to the Israeli occupation of Palestinian lands.

Palestinians are seeking to create an independent state on the territories of the West Bank, East al-Quds (Jerusalem), and the Gaza Strip, and are demanding that Israel withdraw from the Palestinian territories occupied in the 1967 Six-Day War. 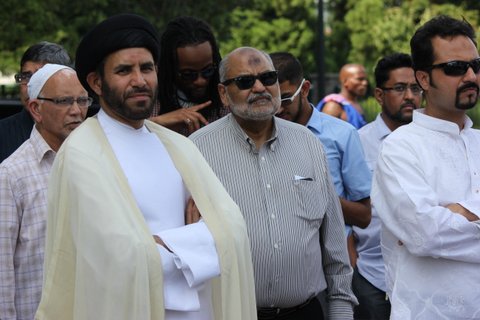