In Pursuit Of The Courage Zone

Philadelphia has it's own unique twist on Islam. Luckily for the rest of practicing Muslims, it is limited to African 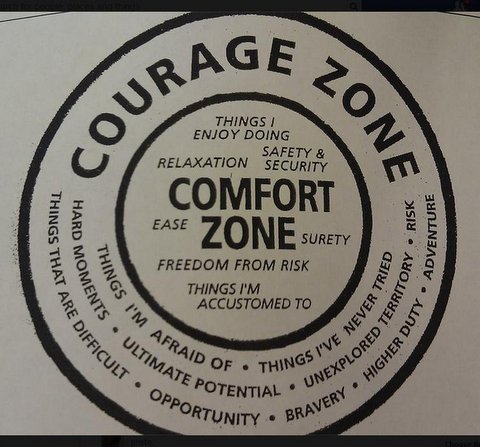 Nicole Azizah Newman...is comfortable being uncomfortable. (that is
where the learning and growth happens

American families in the United States. The stereotype is that the African-American Muslim male is a womanizer with multiple wives. The African- American Muslimah is submissive having babies she can not afford, letting the welfare system feed, clothe and sometimes shelter her and her children. Sadly, the stereotype exists because the majority of people fit this state. That might be what people think about Islam now but growing up, that is not what I saw. I saw Islam during the "good old days"....

Somewhere in the 1970's women got a smart idea to burn bras and demand to be treated equally in the workforce. That meant bringing home the same stress as the husband, working the same long hours and leaving the children, i.e. latchkeys, to fiend for themselves. In the fight for "independence", as my mentor would say " we lost what was prescribed for us". What was prescribed for us was to tend to our children, make an orderly home for the family and keeping the peace by submission to our husbands. I grew up with the "world is my oyster" and did everything the "independent woman" did - go to college, get the good job, buy a house and wait to get married. But in my haste and "independence", I skipped that last step. So while I worked 8am - 5pm with a two hour commute to and from work and 2 hours every night to train my team in Hyderabad, India. For an almost 6 figure salary, I had the benefit of paying a nanny to raise my kids, tend to the household and keep the peace by submitting to me. In effect, she was doing "what was prescribed for us" and I was all out of place! ‪#‎msindependent‬

That was the second most unhappiest period of my life. I was missing out on being a mom by making the "independent choice" to be the breadwinner. Something had to give. What Islam knew that American women failed to realize is that children need mothers who are not stressed out by work. Mothers who want to spend time and invest in them with a good meal (not the drive thru) and homework help. That is the job of a mother. The breadwinner is the job of the father.

I had always been drawn to Islam by what I saw during the "good old days." I saw a family man who chose not to take a second wife, who was the breadwinner for his homemaking family and is still married 40 years later Alhamdulillah. I saw the family that was not receiving any assistance from the department of public welfare. That is what I saw in the '80s and what I expected in 2010. In 2013, my eyes have been opened to many different styles of the practice of Islam but I wait patiently to see people who are still committed to family (no matter how many wives).

It took me two years after I took my shahadah to 2010 to even realize, I was STILL out of place. I was out of place by being a businesswomen with a male clientele. I was out of place for being independent, resistant to the line - I want to be your husband and by being a boss lady. One of my friends likes to say, I don't want to do what is prescribed for us. That is no longer true. I do want to be a mother providing a good meal (made by my daughter), homework help and nurturing my children. But I want it on my terms. What I have learned is that every man views a woman as a wife who is told what to do and every woman should have expectations to be taken care of. Now that is a compromise I can accept!

I have learned to change my expectations and accept my role who has no intentions of fitting the stereotype of a Muslimah nor accepting the stereotype of a Muslim man as a husband. My job/role and passion is making sure more women are financially able to do what is "prescribed for us" with a revenue stream that allows "independence" from the department of public welfare and corporate America Alhamdulillah! 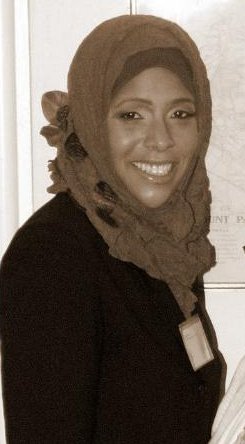 Product Of My Environment...The Autobiography of Nicole Newman