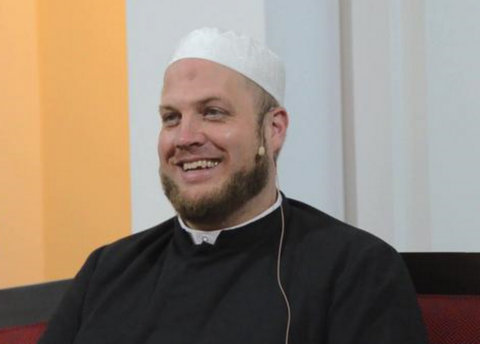 UPDATE: Sh. Hamza acknowledged tonight what I shared here yesterday and he apologized. Today was a hard day for many; I and other others met with congregants, some moved to tears at what they heard last night. The pain and misunderstanding were real, and no one is above the community.

I feel compelled to address what Sheikh Hamza Yusuf said tonight at @RIS since I was there. My hope is that he will issue a clarification so we can all get on with our lives. His mistakes tonight illustrate the need for scholars and activists to sit together and learn from each other. If not, I fear that the gulf between the two will only grow wider.

This is not something I take lightly; I've had my share of gaffes in the past, but I'm forced to address what was said by Sh. Hamza because it was irresponsible and harmful. I'm not speaking from a personal perspective, but a religious one. What the sheikh said was wrong, he should correct it and the organizers should distance themselves from his words. Shortly after his talk, four scholars contacted me expressing their sadness and frustration with him. This is not an attempt to take shots at the Sheikh. I love him. I respect him. I admire him. But it is that love and respect that demands I share these concerns.

I walked in towards the end of his interview, and what initially caught my attention was his dismissal of the Black Lives Matter movement, police brutality against blacks in America, the racial bias in the criminal justice system in the US, sentencing guidelines, prison terms and a few other issues that, as a white man, he should address with extreme care. Privilege aside, to speak that way using religion as a support is unacceptable.

Two goals of our faith are the protection of life and the establishment of justice. From the crime bill of 1994 to the new Jim Crow of the 2000s, there is no way we can dismiss the clear, egregious treatment of people of color today in America, nor can we dismiss its historic roots in America's foundation. Supporting the victims of injustice is a fard full stop, and the role of prophetic communities is to defend the rights of the marginalized and the victims of injustice. Allah says, "We sent Messengers with clear proofs and We revealed books to them with the balance so people could establish justice." (al-Hadid)

The second issue was Sh. Hamza's thoughts on the Muslim Brotherhood. Historical inaccuracies aside, what was most concerning was his equating the MB to ISIS! His statements come at time when some in government, namely the Alt. White, Islamophobes and the Far Right are pushing for the government to declare the MB as terrorists - a terrorist organization. Now, that may seem irrelevant to us, but the goal of that legislation has nothing to do with the MB, but it will grant the government the authority to go after organizations it deems have ties to the MB. Examples are ISNA, MAS, CAIR, MSA, MYNA, NAIT and others. Thus, that would be a final death blow by the islamophobes, who are now in government, to destroy national organizations, weaken our community and undermine our ability to protect ourselves. A leader of Sheikh Hamza's stature has a responsibility to look after the health and well being of the community, protecting it from hatred and bigotry. I'm sure if he has the chance to rethink his words, he will correct what he said.

Some may ask for quotes, but keep in mind, what was said caught me off guard, nor was I there to write down the Sheikh's every word. What I've mentioned above is what I and others heard.

How Will This Play Out...

What’s the Matter with All Lives Matter?

When former Mayor of New York Rudy Giuliani stated on Fox News that Black Lives Matter is inherently racist, and a local Dallas mosque publicly advertised All Lives Matter on the billboard outside of the mosque, and the presumptive Republican Presidential… 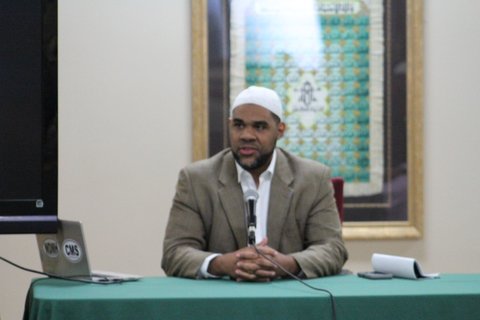