Imam Talib: WHY I DON'T CELEBRATE THANKSGIVING, NOR ADVOCATE IT 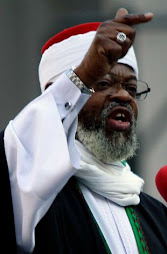 Muslim Activist Leader
Right-wing bloggers call me un-patriotic because I don't accept the Thanksgiving mythology, nor do I celebrate it as a holiday. Hey, to me my way of  life (and to us, ours) and to you, yours. No problemo. But don't get it twisted and don't conflate my principled stance based upon justice with your jingoism. Africans don't celebrate slavery, the Japanese don't celebrate the days when the bombs were dropped on Hirsoshima and Nagasaki, the Jews don't celebrate the holocaust, Palestinians don't celebrate the Nakba, so why should I (or we) celebrate "Thanksgiving'" ? Because the colonizers of America do?  If those who dropped the bomb, manned the gas ovens, and usurped the holy land have their own public relations spin on their deeds, or celebrate doing so, then should those on whom the bomb was dropped, or who were marched into the ovens, or whose bones are buried beneath the cities of this land accept the spin and celebrate as well? The popular foods of "Thanksgiving" are Native American and African foods. If you want to eat -eat. We can never spend enough time with our families, so if you want to do that, then do it. But DON'T BELIEVE THE HYPE and don't propagate it - whether you have Original American ancestry or not. For the Muslim, every day is Thanksgiving day, several times a day peace, !" Imam Al-Hajj Talib 'Abdur-Rashid
http://imamtalib.blogspot.com/search?updated-min=2011-01-01T00:00:0...