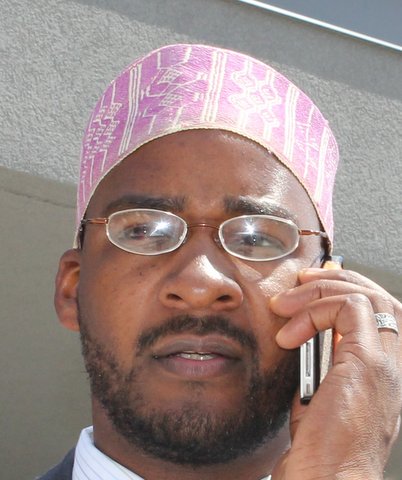 Plemon El-Amin was actually no longer going to be the Resident Imam of the community following his sudden and dramatic resignation as leader of one of America’s largest and most progressive Islamic communities, the announcement that Imam Mansoor Sabree had been chosen to succeed Imam Plemon bought a calm of satisfaction to the community.

Imam El-Amin had served as Resident Imam for more than 25 years during which time he spearheaded the community drive to develop the nation’s most comprehensive Islamic schools, the Mohammed Schools of Atlanta (Clara Muhammad Elementary and W.D. Mohammed High School) which are highly regarded among educators both Muslim and non-Muslim. The schools hold 3 Accreditations and graduates of the schools have distinguished themselves at many of the top colleges and universities in the nation.

The schools are the just the highlight of his accomplishments as Resident Imam. Imam El-Amin served as one of the top representatives of Imam W.D. Mohammed, the highly regarded Muslim American leader of the largest recognizable community of Muslims in the Western hemisphere, who passed last year.

Often accompanying and sometimes representing Imam Mohammed at conferences throughout the world, Imam Plemon utilized the experiences and advice from Imam Mohammed to concentrate on bringing about understanding among different people through Inter-faith work. This work encouraged him to develop the Inter-faith organization, “World Pilgrims” of which he currently serves as Director in which he leads members of various faiths on trips to different parts of the world to further the goal of understanding each other’s faith goals.

Imam Mansoor Sabree is a first generation born Muslim who is a member of the Atlanta Masjid of Al-Islam and a graduate of the first Warith Deen Mohammed High School.

As a dedicated student of the late Honorable Imam W. Deen Mohammed, Imam Sabree was selected by Imam Mohammed to study Arabic and Shari’ah Islamic Law at the Abu Nour Shari’ah Institute in Damascus, Syria under the tutelage of the late Grand Mufti, Shiekh Ahmed Kuftaro.

Upon returning to his home community in Atlanta, GA, Imam Sabree became an Assistant Imam under Atlanta Masjid of Al-Islam Resident Imam, Plemon T. El-Amin.  He shares his knowledge and skills with a community of approximately 3,000 members through Jumu’ah Khutbahs and by teaching Arabic and Islamic Studies classes during the week.

Being committed to sharing the Muslim-American experience with the world, he has been blessed to travel and visit several countries.  They include:  Palestine, Malaysia, Egypt, Saudi Arabia, Jordan, Lebanon, and most recently, the U.A.E.  He has also performed Hajj and the Umrah.

Imam Sabree is a member of the Majlis Ash Shura Board of the Atlanta Masjid of Al-Islam (the policy making arm of the community) and has distinguished himself as a person of high intellect and quick thinking.

Imam Sabree has worked in the area of community development as a project manager and real-estate Investor for many years.  He is passionate about building Model Muslim Communities for the benefit of all people.  Imam Sabree is the Co-founder of Muslim Neighbors Inc. and chairman of the board for Neighborhood Works Inc a nonprofit Community Housing Development Organization (CHDO).

Imam Sabree resides in Atlanta with his illustrious wife Fatima Khokhar Sabree and their two children, Maymuna and Ayub Sabree.