From the Blood of the Ummah 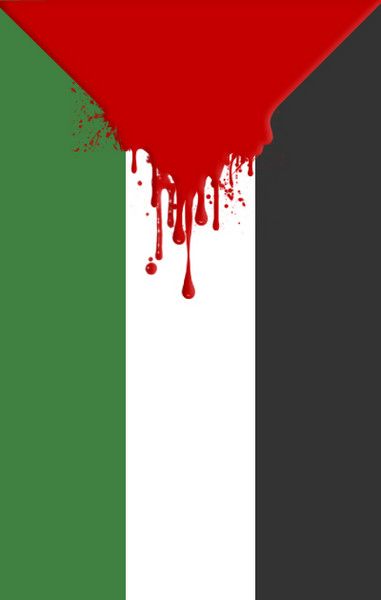 By Imam Khalid Fattah Griggs
For over three decades, Muslims worldwide have suffered from increasing incidents of
lethal terrorist assaults by individuals and various agencies of states. Nations that were
once economically thriving and militarily potent Muslim majority lands like Iraq, Libya,
and Syria, have seemingly been reduced to either failed states or dependent wards of
colonizing forces. India has the largest Muslim population, approximately 175 million, of
any non-Muslim majority country in the world. Despite being nearly 15 percent of the
Indian population, Indian Muslims are experiencing brutal physical assaults, murders,
rapes, illegal confiscation of property and other atrocities perpetrated by ultra-Hindu
nationalists operating with virtual impunity. Prime Minister Narendra Modi’s party, BJP,
has as its ideological underpinning the fascist-like philosophy of Hindutva, a form of
ethnic and Hindu absolutism that is very much to the detriment of Muslims, Sikhs,
Christians and other non-Hindus. Muslims in the Central African Republic, Palestine,
Myanmar, Kashmir, and China are similarly being victimized by political doctrines and
rulers who have created untenable living conditions for Muslims in their home countries.
Despite mass demonstrations worldwide decrying the ethnic cleansing of millions of
Muslims, appeals to executive and legislative bodies to intervene on behalf of
oppressed Muslims, declarations from the United Nations and human rights bodies that
acts of genocide are being committed against helpless Muslim men, women, and
children, the carnage against the Ummah (global community) of Prophet Muhammad
(peace be upon him) continues unabated.
Imams and lecturers frequently and justifiably decry the current phenomenon of the
apparent devaluation of human life resulting in an unprecedented number of
indiscriminate killings as evidence that the Day of Judgment is close, but its precise
timing is known only to Allah. The Qur’an and Hadith (Prophetic traditions of Prophet
Muhammad, peace be upon him) are emphatic in espousing the fact that history is not
neutral in respect to the power relationships between nations and communities.
“Allah is on the side of those who fear Him and do good.” Qur’an 16:127
The fear mentioned in the above ayat (verse) is not the fear of His person but of the law
of divine retribution which governs the process of history.
Similarly, in authentic narrations attributed to the Prophet of Islam, we find the following,
“Be careful how you treat the oppressed because there is no barrier between the
prayers of the oppressed and Allah.” Additionally, in another Hadith (narration), Prophet
Muhammad (peace be upon him) said that Allah said, “I have made oppression unlawful
for Me, so do not oppress.” The Qur’an and Prophetic sayings are replete with stories
and exhortations intended to underscore the preeminence of safeguarding justice in the
individual and collective lives of the Believers. Hatred of injustice and oppression alone
is an insufficient mechanism to rid a society of exploitation. For example, Prophet Musa
(peace be upon him), a man of courage and strength, was vehemently opposed to the
tyrannical regime of Pharaoh, a man who insisted that his subjects revere him as their
god. But, Pharaoh’s demise and the destruction of his oppressive reign was only
realized after Prophet Musa (pbuh) had been trained by Allah to worship Him
exclusively and to put total dependence and reliance on Him in all circumstances in life.
The successful social revolution brought about under the leadership of Prophet Musa
(pbuh) against what ostensibly appeared to be insurmountable odds was the product of
total submission to divine guidance not the execution of ingenious man-made plans.
Similar is the case of the total transformation of Arabian society and the establishment
of the Islamic state in Madinah under the leadership of Prophet Muhammad (peace be
upon him), an occurrence that amazingly came to fruition in a mere 13 years.
The destruction of Muslim societies by nations coveting their physical resources and
strategic locations has sadly become so commonplace that even some Muslims have
become desensitized to their precarious situations. For far too many Muslims, 24-hour
news cycles and internet information outlets provide inexhaustible topics to pontificate
and debate at social gatherings rather than serving as cautionary tales for the need for
spiritual self-improvement and action and prayers on behalf of the oppressed. Muslim
populations are increasingly becoming killing fields fueled by the Islamophobic rhetoric
of xenophobic political and religious leaders around the world. The Divine Sunnah
(methodology) remains unchanged regarding the trials encountered by the believers,
“They were touched by poverty and hardship and were shaken until even their
messenger and those with him said, ‘When will the help of Allah come?’
Unquestionably, the Help of Allah is always near.” Qur’an 2:214
The soil of countries around the world is currently being moistened by the blood of
martyrs from the Ummah of the Prophet Muhammad (pbuh). When Muslims fail to
speak out against injustice and oppression, the impression is given to others that Islam
promotes and encourages passivity and cowardice at a time that demands action and
courage. Making dua (supplication) should not be the last resort in seeking Allah’s help
for the oppressed. Neither is it the course of least resistance in the face of conditions
that we are unable to directly affect. When used expeditiously, dua is the greatest
weapon in the arsenal of the Believer.