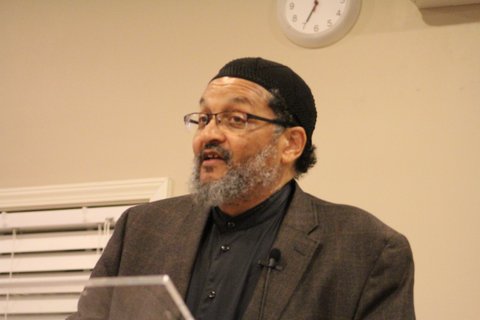 being verbally attacked and insulted.

The hatred that has developed for minorities this election cycle is paramount to who holds the presidential office, Griggs said.

“The greater danger is not (Trump’s) presidency — checks and balances can take care of any of that ridiculousness — but that he has made it more acceptable to openly express hatred and bigotry,” Griggs said.

Trump’s projected ban of Muslim immigration and blanket statements generalizing all Muslims — a group that accounts for 23 percent of the global population — has villainized the religion and the people who practice it, Griggs said.

He fears with Trump at the helm, the future president will find a reason to attack the few Muslim countries that haven’t yet been invaded.

“He made it very clear his disdain for Muslims, Mexicans and other groups,” Griggs said. “I’m so disappointed that in 2016 the people of America would elect someone with these overt views.”

Griggs said the coming years will likely be an uphill battle, but the way forward is channeling dissent through the construction of coalitions and reigniting involvement in social change and social justice.

“I pray for our nation and really sincerely pray that what develops in this country is not as bad or as extreme as it seems,” he said. “I think, in the short-term, we’re in for some very difficult times.”