Ignorant Women...Lead To An Ignorant Society: 7 Lies We Have to Stop Telling About African-American Girls

In February, President Barack Obama stood before a group of African-American boys (and other boys of color) in the

White House to announce his $200 million dollar initiative, "My Brother's Keeper," an effort to help African-American young males reach their full potential. It was an important moment, a chance for the president to acknowledge that the nation's long history of racial disparities has left some disadvantaged. But noticeably absent from the press conference were African-American girls.

There is a myth that African-American girls generally fare better than African-American boys — that they somehow have it easier. This creates a potentially damaging narrative that may ultimately prevent society from truly empowering these young women.

Here are seven myths that we need to stop repeating when it comes to African-American women and the achievement gap.

According to a study by the civil rights division of the U.S. Department of Education, 12% of black female students received at least one suspension, compared with 2% of white female students and 6% of white male students. Black boys are more likely to be suspended than any other group, at 20%.

Contrary to the mythological "angry black woman" depicted in pop culture, research suggests young black women are not more prone to angry outbursts or violent behavior. In fact, a 2009 study spearheaded by researcher J. Celeste Walley-Jean at Clayton State University found that black women "reported significantly less frequent angry feelings in situations where they may receive criticism, perceived disrespect and negative evaluations (i.e. angry reaction). Furthermore, younger women reported a greater tendency to experience and suppress intense angry feelings rather than expressing them either physically or verbally."It is true that the number of African-American females in prison is lower than African-American males. However this doesn't mean African-American women aren't attached to the penal system like African-American males. Sociologist Beth Ritchie, in the Justice Department's "Research on Women and Girls in the Justice System" report, notes that African-American females have a more complicated relationship to prison than other groups because of the role that their race, socioeconomic status, gender and status as crime victims play in their criminality.


2. It's only African-American male students who are funneled into the school to prison pipeline.

According to the report "Incarcerated Women" by the Sentencing Project, the lifetime likelihood of imprisonment for women is 1 in 56. However African-American women have a 1 in 19 chance of becomging incarcerated compared with 1 in 45 for Latina women, and 1 in 118 for white women. In 2010, African-American women were incarcerated at three times the rate of white women (133 per 100,000 compared with 47 per 100,000).

African-American female educational attainment has risen very slowly over the past few decades. According to a Center for American Progress report, the graduation rate for female black students, while higher than their male counterparts, remains firmly behind comparable rates for white women, Latina and Asia-American women — 21.4% of African-American female students held a college degree or higher in 2010, compared to 30% of white women.

The report also highlights that only 2% of African-American female students are represented in science, technology, engineering and mathematics. Perhaps most discouraging is the most recent work-life earnings census data, which shows that white women — regardless of their educational attainment — will earn more among full-time, year-round workers than their African-American female counterparts. This data is consistent with information from Northwestern University's Devah Pager, who found that white men with felonies have an easier time finding employment than African-American males with high school diplomas. 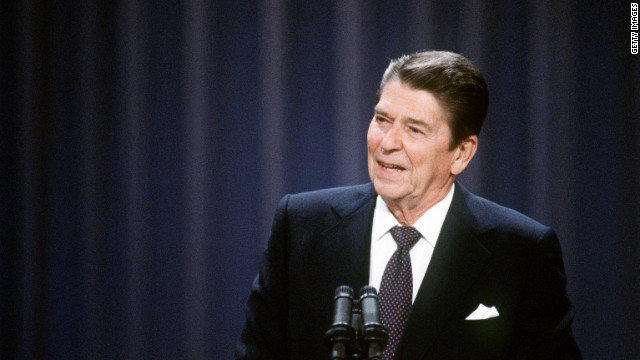 There are more white Americans participating in the Supplemental Nutrition Assistance Program (SNAP) than there are African-Americans. However, the percentage of African-Americans receiving these benefits is higher, according to a 2013 Pew study.

But because of racial bias and exaggerations perpetrated in part by President Ronald Reagan during his 1976 presidential campaign, the public has long viewed African-American women without traditional markers of success as exploitative and lazy. This stereotype persists despite the fact that 47.9% of families receiving government benefits are working Americans, 13.2% of welfare recipients were non-working adults and the Personal Responsibility Act and Work Opportunity Reconciliation Act of 1996 restricts anyone from receiving welfare benefits indefinitely.

5. It's only African-American boys who are discriminated against in school.

The Black Youth 100 (BYP 100), an African-American youth activist organization based in Chicago, recently held a discussion on the future of African-American girls and women. BYP 100 asked a simple question: Who will keep my sister? If the litmus test is African-American men then, yes, African-American women are keeping themselves. But by the same token, patriarchal programs like My Brother's Keeper and the Open Society Foundations' $30 million Campaign For Black Male Achievement will not protect black women.

African-American women need to be brought into the conversation precisely because they have been misrepresented for so long. Programs like the San Francisco-based Black Girls Code, a nonprofit focusing on STEM education, life skills and sisterhood for African-American girls, is a good start. But so far, similar programs are few and far between. University of Wisconsin-Milwaukee psychology professor Diane Pollard found that African-American women at the college level self-reported lower aspirations and lower self-esteem than their male counterparts — even though they were more likely to graduate. Pollard's research points to the fact that African-American women and girls often suffer in silence, as harmful narratives take their toll on student ambitions.

The Importance Of Girls Education In Islam:

Women and girls have been victims of ruthless power struggles for centuries in all societies and cultures around the world. This hegemony over women has been exercised in the form of Sati, Hitobashira, Karo-Kari and the killing of witches, which are only a few to mention. Sadly, but truly, many societies including some Muslim societies continue to exercise this patriarchy in different forms such as the denial to education, unequal salaries compared to men in workplaces, forced marriages and prostitution, among many others.

Prophet Muhammad, peace be upon him (pbuh), came at a time when the Arab society, like so many patriarchal  societies at that time, was rife with abhorrent practices against girls. He preached Islam, liberating women and girls in every walk of life, education being a prime aspect. This article examines the  facts about the importance of female education in Islam. It does so through referencing verses of the Quran, Islam’s holy book, and hadith, authentic traditions of the Prophet Muhammad (pbuh), along with offering a short glimpse of his wives’ level of education.

Let us start with the first Quranic revelation:

Read in the name of your Lord who created, created man from a clinging form. Read! Your Lord is the Most Generous, who taught by means of the pen; taught man what he did not know. (96:1-5)

These verses address humankind to seek knowledge and delve in critical thinking. The emphasis laid in the acquisition of knowledge, in the above verses, surpasses any statement or action denying girls’ the right to education. Had these verses only been for men, it would be inconceivable to imagine the extent of progression that the society made in a mere twenty-three years — the entire duration of the revelation of the Quran.

In another verse in the Quran, God says:

(This is) a Book (the Quran) which We have sent down to you, full of blessings that they may ponder over its Verses, and that men of understanding may remember. (38:29)

It is important to mention that the word “men” in the above verse refers to humankind as it does so in several other places in the Quran when God addresses humanity. These and other verses inform the readers that engaging in critical thinking is a moral obligation on both men and women. The Quran repetitively reminds people to ponder, think, analyze, thus using their mind power to contemplate and understand, whilst making no distinction between men and women.

Let us now examine some hadith, authentic sayings of the Prophet Muhammad (pbuh).

“Seeking knowledge is mandatory for every Muslim.”

“If anyone travels on a road in search of knowledge, Allah will cause him to travel on one of the roads of Paradise. The angels will lower their wings in their great pleasure with one who seeks knowledge, the inhabitants of the heavens and the Earth and the fish in the deep waters will ask forgiveness for the learned man. The superiority of the learned man over the devout is like that of the moon, on the night when it is full, over the rest of the stars. The learned are the heirs of the Prophets, and the Prophets leave neither dinar nor dirham, leaving only knowledge, and he who takes it takes an abundant portion.” (emphasis added)

Three important themes around education are emerging in the above traditions. From the first Hadith we infer that education is not a right but a responsibility on every Muslim, male or female. In the second Hadith, emphasis is laid on the quality of education imparted to the girl slave and the latter part deals with the encouragement to free slaves (Islam denounced and later abolished slavery). The third Hadith speaks volumes about the superiority of the person who seeks knowledge over the one who does not. The reference here to superiority is to the person who seeks knowledge, man or woman.

We shall now examine information about the intellectual abilities of two wives of Prophet Muhammad (pbuh): Khadijah and Aishah.

Conclusively, the take away message in the article is that Islam promotes education, particularly girls’ education. Had it not been so, the world would not have witnessed the transformation of a society plunged in  anarchy and hegemony into one enlightened with critical thinkers and scholars, all in the span of twenty-three years.