Review of the Hearing For Imam Jamil Al-Amin 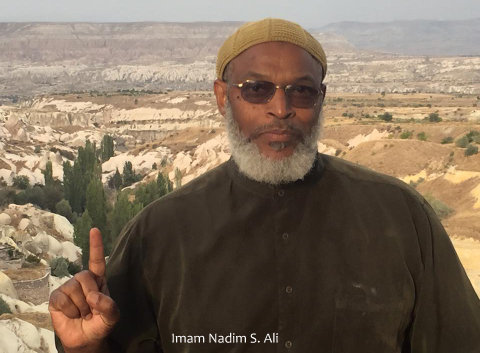 The hearing for Imam Jamil Al-Amin FKA H.Rap Brown was conducted on Friday May 03, 2019 at the U.S. Circuit Court Of Appeals in Atlanta, Ga.

The court room was filled to capacity, and another courtroom was used to seat the other supports of Imam Jamil; so they could hear the proceedings.

Many of the supporters of Imam Jamil believe that he has been the target of the United States government since the 1960’s, and when he became a Muslim whose leadership skills were now benefiting the Muslim Community in the United States efforts to neutralize him intensified.

In fact documents received under the Freedom Of Information Act details that the government documented more of his activities after his transition from H. Rap Brown to Imam Jamil Abdullah Al-Amin.

Imam Jamil has spent his life in service to the African American community  during his tenure as a member then chairman of SNCC( Student Non-Violent/ National) Coordinating Committee.

Many of the mainstream media outlets continue to refer to him as a former Black Panther in an effort to demonize his legacy in the eyes of the members of the community that misconstrue the mission of the Panthers.

There was a short lived alliance between SNCC and The Panthers.  This alliance does not represent the many years that Imam Jamil spent in SNCC.  From the inception of the case this was a label placed on Imam Jamil in order to sway public opinion.

While incarcerated Imam Jamil spent 12 years of his incarceration in the Supermax prison which is known as Stateside Guantanimo because of the severe human rights abuse that occurs there. Those incarcerated there spend 23 hours a day in solitary confinement.

It is believed that incarcerating Imam Jamil wasn't enough. Here is a man convicted of a state crime yet housed in the federal system.  Not just a typical maximum security federal prison, but the most restrictive prison in North America.The supporters of Imam Jamil see this as continued persecution.

The three judge panel that heard the attorney of Imam Jamil Allan Garrett present  point by point evidence of the following:

- Mis-Identification
- Insufficient Evidence of guilt
- Prosecutorial Misconduct
- Dis-allowing the jury to hear evidence of a corrupt FBI agent’s presence during the apprehension of Imam Jamil.

And many other salient points.

The state made an attempt to refute the positions of the defense.

The judges asked pointed questions regarding the issues that were raised by attorney Garrett.

It is difficult to know what the outcome will be of the deliberations of the judges, but we believe that Allah (SWT) is in control of all of our affairs.

It is reported that the Prophet Muhammad (Peace Be Upon Him) stated:

“O You Who changes the hearts, make my heart firm on Your religion.” We said, `O Allah’s Messenger! We believed in you and in what you brought us. Are you afraid for us’ He said, Yes, for the hearts are between two of Allah’s Fingers, He changes them (as He wills)”.

You can save an unjustly imprisoned Imam!

His name is Imam Jamil Al-Amin.