How Muslims cope in touchy-feely Cuba

Havana, Cuba (CNN) -- Every Friday, Pedro Lazo Torres, clears the furniture out of his second-storey 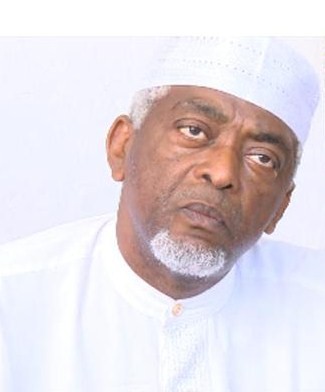 Imam Yahya
By Shasta Darlington, CNN
apartment in a potholed Havana suburb and lines the floors and balcony with carpets.

For Havana's Muslims, he is Imam Yahya, and the home that he shares with his wife and two adult children, is their place of worship.

"You can be a Chinese, Cuban or Russian Muslim and the laws are the same for everyone," Yahya told CNN. "The cultures can be different, but someone who embraces Islam must accept what Allah orders, it's that simple."

There are about 1,500 Muslims in Cuba, but no mosques. That's why, at the end of each week, Yahya, dressed in an immaculate white cap and tunic, welcomes people for Friday prayer. Women head inside, sitting on the living room floor, while men tend to kneel on the shady balcony.

Gallery: Being Muslim in Havana

Most Muslims in Cuba are international college students from countries like Pakistan and Indonesia. Three medical students from Guyana were among those gathered at Yahya's house for Friday prayer.

Cuba is traditionally Catholic, but many don't actively practice the religion and others adhere to Afro-Caribbean beliefs like Santeria.

Yahya was introduced to Islam by exchange students and converted more than a decade ago.

Cubans are generally very tolerant of religions, Yahya told CNN. But Muslims do sometimes encounter some of the same prejudices found in other countries.


Muslims in Cuba also face some unique challenges. Pork, for example, is the most popular meat here. "Pork has the problem that it's very attractive," Yahya said. "Just like all things that are bad."

The faithful say they have to be flexible. Before Friday prayer, they perform ablutions, or cleansing of the body, in Yahya's small bathroom. But the water supply is often turned off in Havana and adherents have to scoop water out of buckets filled in the shower for these kinds of emergencies.

Noalia Gladys Carmen Perez, who wears a headscarf, told CNN she and other adults have encountered some resistance to their faith.

"I've had good reactions, people who greet with you respect, and people who don't like it," she told CNN. "They'll say, 'It must be so hot,' [and] comments like that as a form of criticism."

Headscarves have never been an issue in schools, in part because Islam is relatively new in the country. However, few can pray at work, either because their schedules or social norms won't allow it.

Many also find it hard to adopt certain Muslim customs here in the touchy-feely tropics. In Cuba, men and women usually greet each other with a kiss.

Ibrahim Kinsan, a physical therapist, says most of his co-workers are women. "Now I've converted to Islam, but I can't just turn into an alien," he told CNN. "Most of them greet me with a kiss and that tradition isn't going to disappear."

Many Muslim countries have offered to donate the money for a mosque, but Yahya wants the gesture to come from Cuba. The country inaugurated its first Russian Orthodox Church in 2008.

"I think we could see something similar for Muslims in the near future," he said.