(CNN)The relocation of about 50 migrants from Texas to Martha's Vineyard in Massachusetts, initiated last week by 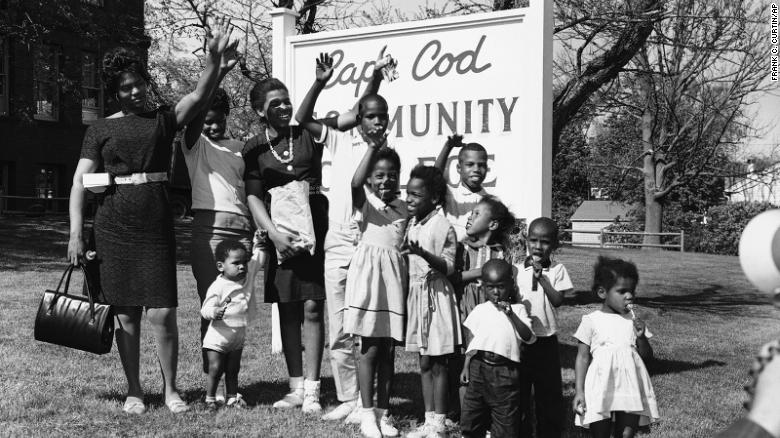 As news of the relocation spread, the John F. Kennedy Presidential Library quickly drew historical parallels to the Reverse Freedom Rides during the Kennedy administration.
In 1962, a group of conservatives, intent on retaliating against desegregation efforts during the civil rights movement, funded one-way trips to the north for Black citizens.
Hundreds of Black Americans were transported to cities such as New York, Philadelphia and Chicago, recruited by members of a segregationist group called the White Citizens' Council, with false promises of jobs and housing.
One of the targeted destination points was Hyannis Port -- a village on the Cape Cod peninsula -- where the largest group of riders arrived in the spring of 1962 before they were provided temporary housing at Camp Edwards near Otis Air National Guard Base.
In what many condemned as the same tactic, the group of migrants sent by Florida Gov. Ron DeSantis to Martha's... eventually had to be transported to the same Cape Cod military base to receive shelter and humanitarian support.
Full article:  The relocation of migrants by Republican governors recalls painful ...

Dr. Yusef Salaam For The People...