With turmoil in one country after another across the Middle East and North Africa, the refugees are so easily forgotten 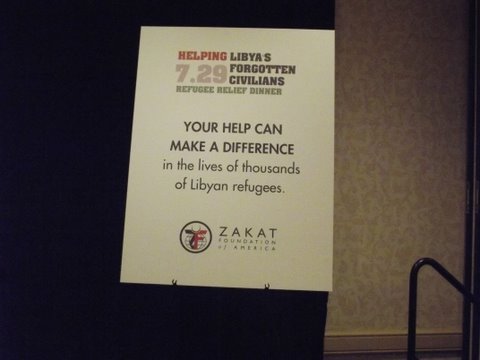 and left homeless and destitute in every sense of the word.  Today, 28 Shaban, 1432 A.H.,  the Muslim community of Atlanta, Ga. and the surrounding area decided to not just talk about the situation, but get involved in the full sense of the word and do something to assist our brothers and sisters during this coming blessed month of Ramadan.  The Zakat Foundation in concert with the Libyan American Association of Georgia (LAAG) came together to sponsor a fund raising event to help ensure that our brothers and sister will have food and water along with basic necessities,  during this blessed month even though they are caught in the middle of a war zone in Libya.  On February 17, 2011 the situation in Libya came to a head after over 40 years of virtual lock down for the Libyan people.  This abrupt change in the circumstances in the country sent shock waves through the society.  Those that have received the brunt of the devastation are the people on the ground, who are caught in the crossfire.  Old men, women and children are the latest victims in the struggle for parody in the Libyan society, a commodity that has been yearned and sought after by many in the society for the past 40 years.

The Zakat Foundation has been on the ground in Libya since the beginning of the revolution, in speaking with one of it’s representatives, Brother Murat Kose, who informed us, they have been able to meet some of the needs of the people of Libya, just months ago, a 747 arrived in Egypt with much need supplies for the refugees. During the last few months a ship from Malta arrived in Misrata with much needed medical supplies and food articles.  With the help of Allah and the World Muslim community they are able to feed more than 14,000 people each day, who have virtually lost everything they own due to the war situation.

This auspicious occasion was opened with the reading from the Quran, to be followed by a brief introduction by our 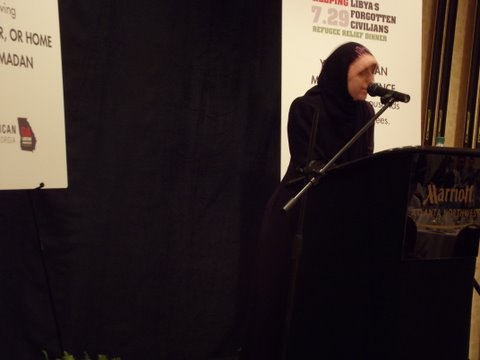 sister Asma Alhuni , who served as our Mistress of Ceremony tonight.  Sister Asma Alhuni is a Libyan born in America, and is very active on many levels of Islamic work in the Atlanta community.  The Stage was set by reminding us of the eight categories to which Zakat is to be given to , or who have a right to the Zakat collected in the Muslim society.

60. As-Sadaqat (here it means Zakat) are only for the Fuqara' (poor), and Al-Masakin (the poor) and those employed to collect (the funds); and for to attract the hearts of those who have been inclined (towards Islam); and to free the captives; and for those in debt; and for Allah's Cause (i.e. for Mujahidun - those fighting in the holy wars), and for the wayfarer (a traveler who is cut off from everything); a duty imposed by Allah. And Allah is All-Knower, All-Wise 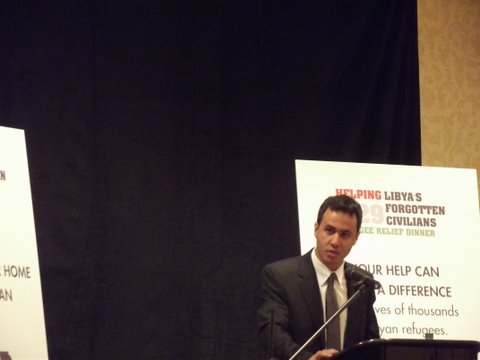 We were first informed briefly about the history of Libya by our brother Anees Elhammali ,President of LAAG, by telling us what Libya had to endure to get to the stage that we see it today.  First they had to get their independence from the Italians after many years of colonization.  For a period the country lived under the King-ship until there was a military take over in 1969 by the present regime.  In the initial stages promises were made to better the conditions of the people through a more just and Islamic government.  That promise was short lived and life as the Libyan people came to know it was one of oppression and suppression for the next 40 or more years. 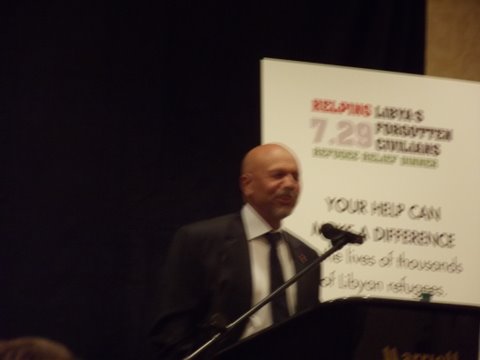 Everything must change at some point, in Libya the turning point finally came after much pain and suffering of the people of Libya.  Brother Ali Aujali the ambassador to the Libyan Interim National Council informed us that as one of the senior member of the Libyan society he had began to loose hope for any positive change.  After many years of oppression by the present regime, the youth of the society stood and took a stand for the betterment of the Libyan society.  He reminded us that the situation of the ground is very critical and serious.  The future of the country is truly in the hands of the youth.  They are the hope of the Libyan people.  And  thus far the you have come through with flying colors.  Brother Ali said at the age of 67 and the present situation , he feel like a new born person with much hope for  a better future.  He told us the young people are willing and ready to die for the cause.  He also reminded us that the NATO help is very much needed to level the playing field.  The struggle is a long and slow one, and the help of every Muslim is needed.  He also reminded us that two government cannot occupy the same space at the same time, therefore Interim National Council has to be recognized and accepted by the world community.  In his closing statement he informed us that he did not want anything from this revolution except that  all the responsible parties be charged and prosecuted for War Crimes. 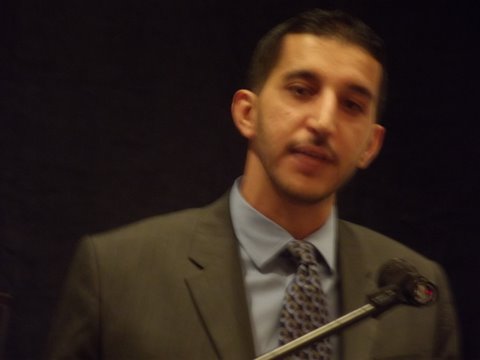 Dr. Mahmoud Traina reminds us again of the condition on the ground and the fact that at present there are no NGO operating in Libya.  That being the case refugees receiving aid and help is almost impossible.  We can make a difference. 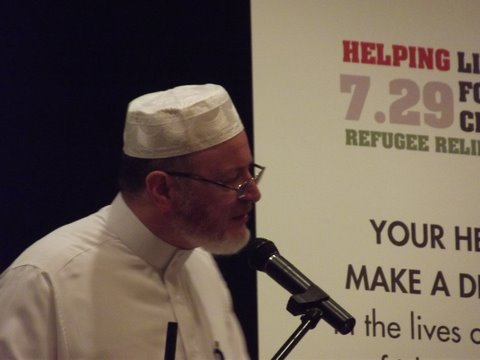 The fund raising was blessed to have there person of Dr. Mohammed Hassan who reminded us of our duties to one another as Muslim.  If one of us is in need, then we all must respond.  Through this  effort and exhortation the people of Libya in the thousands will be able to have basic needs met during this month of Ramadan. 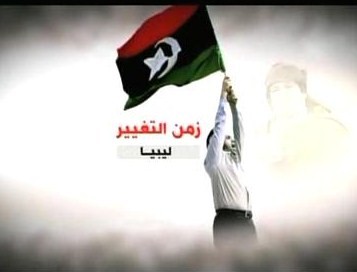 We can not stop here, the struggle must continue until the end….victory or death…May Allah help all the Believers!