Growing Up Under Suspicion

Growing Up Under Suspicion

As an African-American and a Muslim, I have been the victim of suspicion due to
race and religion since childhood. That suspicion is due to race racial ignorance or
conjecture. A series of actions and events should reveal the thoughts behind such
ignorance and conjecture. Praise Allah the Exalted none of those events involved
me being arrested or getting shot.

My trip to Washington DC 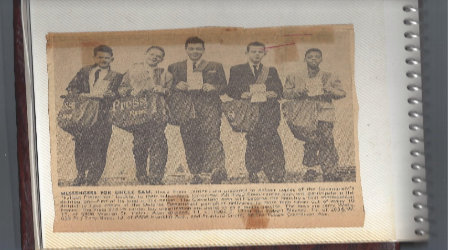 As a youngster, the first time I was discriminated against was on a trip to the
Capitol of the United States. It involved a series of actions that I didn’t
comprehend until years later, mainly because I had never experienced
discrimination before. Nor had I ever had a discussion or heard a discussion about
racism.
Traveling out of my 99% Black neighborhood exposed me to suspicion. It was
around 1961 that I had begun delivering The Cleveland Press newspapers. The
newspaper was sponsoring a contest between the carriers involving who could
sign up the most customers in their area. I was fortunate to win. The prize was a
trip to Washington DC.

Some 25 carriers traveled to Washington DC by train.
For some reason which I couldn’t understand, everyone had a seat except me. I
had to share a seat with one of the conductors.

We arrived in DC in the evening on a Friday night and went directly to a hotel. We left our
luggage in the hotel and proceeded to a restaurant for dinner. That was the scene of another
puzzling experience.

We were seated four to a table. Before we started eating a reporter with a camera told us that he
wanted to take pictures to be published the DC newspaper recognizing our winning a contest to DC.
Before he took the photograph, he asked me to move back until I was out of the picture.
It didn’t register with me that he didn’t want me in the picture because I was Black. He apparently was
suspicious that putting a Black teen on equal footing with a White one would cause a natural disaster.
How ironic that I was on the front page of The Cleveland Press, a mid-west city newspaper, and
restricted from the newspaper of the Capitol of the United States. After dinner, everyone went back to the hotel to our assigned rooms. The hotel rooms were built for
two single beds to a room. To our surprise, the Black carriers were three to a room. The hotel put a third
bed in my room, enough beds for the three Black newspaper carriers who had won a trip.

The hotel owners apparently were suspicious of the ability of Black and White teens to share a room.
The next day, the carriers attended a football game, walked up the Washington Monument, and visited
the Smithsonian Institution. The trip intended to be enlightening was enlightening but not in the way
intended. The racial ignorance and suspicion didn’t hit me until years later.
Ohio Wesleyan University

It was some 7 years later that the Whites around me were suspicious of the behavior of Black students. I
attended a White middle-class university of 2300 students, 21 of which were Black. My teachers were
apprehensive about teaching Black students. They were suspicious of the ability of the Black students
because they had never taught any before. Several of the students had never interacted with Blacks
before. According to one Black student, his White roommate followed him around looking for a tail
when they first met. Some liberal students thought that the Black students wanted to be White.
One student bragged that she couldn’t have Black guests because they couldn’t fit in with the décor of
her furniture. Some of the White students’ favorite words was “that’s typical” when Blacks did or said
something they didn’t approve of, such as laughing or talking loudly in the cafeteria during lunch or
dinner. To keep the opposite races from getting too close to each other, the administration tried to
have a Black female for every Black male. They were suspicious of the consequences resulting from
Black students socializing with White students. 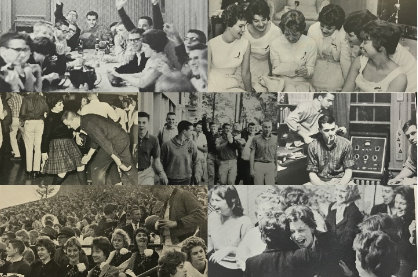 I rarely needed to go downtown. I didn’t even go there until I started college in 1966. An experience
illustrates why I avoided going there. I remember going into a drug store and being followed around by a

clerk like a dog follows a piece of meat. The suspicion of the clerk was obvious. While visiting the West
Side to play little league baseball, I encountered racial slurs.

In 1971, three other Muslim males and I drove from Atlanta to Tuskegee University. During the trip, I
had my first experience with suspicion and ignorance in the South. When we got to a small town, maybe
Opelika or Lagrange, we were stopped and questioned by police. About ten minutes later, as we were
exiting the town, we were stopped by another group of police. We explained that we were previously
stopped and asked what was going on. They replied that they were looking for some suspicious males. 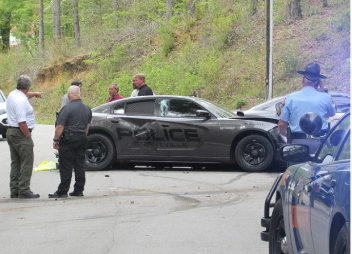 I had an encounter with the Ann Arbor police my very first week at the U of M. Before arriving at the U
of M, a Black male was being sought for raping a couple of female students. I was coming out of the
Muslim Student House on my way to the library when I was stopped and asked to show some ID. The
policeman returned my ID and commented that I didn’t fit the description of the rapist. Another ID
experience occurred on April 1, 1978, the day of the annual marijuana smoke out in Ann Arbor.
Hundreds of youth in their early twenties conversed on Ann Arbor, so certain buildings and people were
under ID restrictions. I was suspicious about why I had to show my ID while other students didn’t.

In 1983, I wasn’t being stopped in Alabama or Jackson, Mississippi. This time it was in Jackson, Michigan.
It was around 1 AM and I was coming from Ann Arbor. I was about 1 mile from my apartment in Jackson
when a policeman stopped me. He took my ID and asked me where I was coming from and where I was
going. He seemed disappointed that he had wasted his time stopping me and his suspicion proved to be
unfounded.

After finishing my class work at the University of Michigan, I became a Muslim chaplain at the prison in
Jackson, Michigan. The chaplains at the prisons in Michigan had to attend a yearly conference. When we
were in a new city, I would take the bus to tour some of the city. I think it was 1986 when we met in
Saginaw.
During our afternoon break, I took a bus downtown. I walked around a few minutes and saw how
depressed it was. After that I stood under the bus stop sign waiting for the bus. The bus stop was beside
the telephone company. After about ten minutes, a policeman approached me and asked me what I was
doing there. I looked up at the bus stop sign and replied that I was waiting on a bus. I also stated that
this was a bus stop which I was standing next to. Then he asked me how long I was going to be there. In
disbelief, I said that I was waiting on a bus and would be leaving after it arrived.
The policeman sensed my disbelief and told me that I didn’t have to be so smart about it. He left saying
that he initially came around because the workers in the telephone building had some purse snatchings
and so were suspicious. I thought to myself that I wasn’t dressed like a purse snatcher. I was wearing a
suit and a dress shirt. I didn’t think I was dressed for purse snatching. Ten minutes later, the policeman
was on the corner looking to see if I was still standing at the bus stop. Shortly thereafter, the bus came.

Suspicion followed me from downtown Cleveland in 1966 to Jackson, Michigan in 1985. After window
shopping in the Sears Department Store, I proceeded to leave. Three people stopped me at the door and
asked me to come to the security office to be searched. After I showed them that there was nothing in
my pockets, I left.

Unjustified inspection of me and my luggage occurred on a trip from Atlanta to Kuwait. I arrived in
Riyadh in September of 2006 minus a suitcase with my clothes. The U. S. government had kept it for
inspection.
I walked around Kuwait with no possessions except those on my back for two days. Upon my return in
August the following year, I was deterred from entering the U.S. by immigration for no apparent reason.
I had to wait an hour for my luggage to be inspected for no other reason than that I was returning from
Kuwait. There were other situations when I was singled out for searches because of suspicion of Blacks
and Muslims.

How does one respond to suspicion, discrimination, and ignorance? Allah the Exalted states:

(28:55) And when they hear nonsense or foolish talk, they turn away therefrom and say: &quot;To us
our deeds, and to you yours. Peace be upon you. We seek not the uninformed.&quot;

M.A. ​​Near Eastern Studies, Arabic; The University of Michigan.