In a Democracy Now! special, we spend the hour with four former U.S. intelligence officials — all whistleblowers 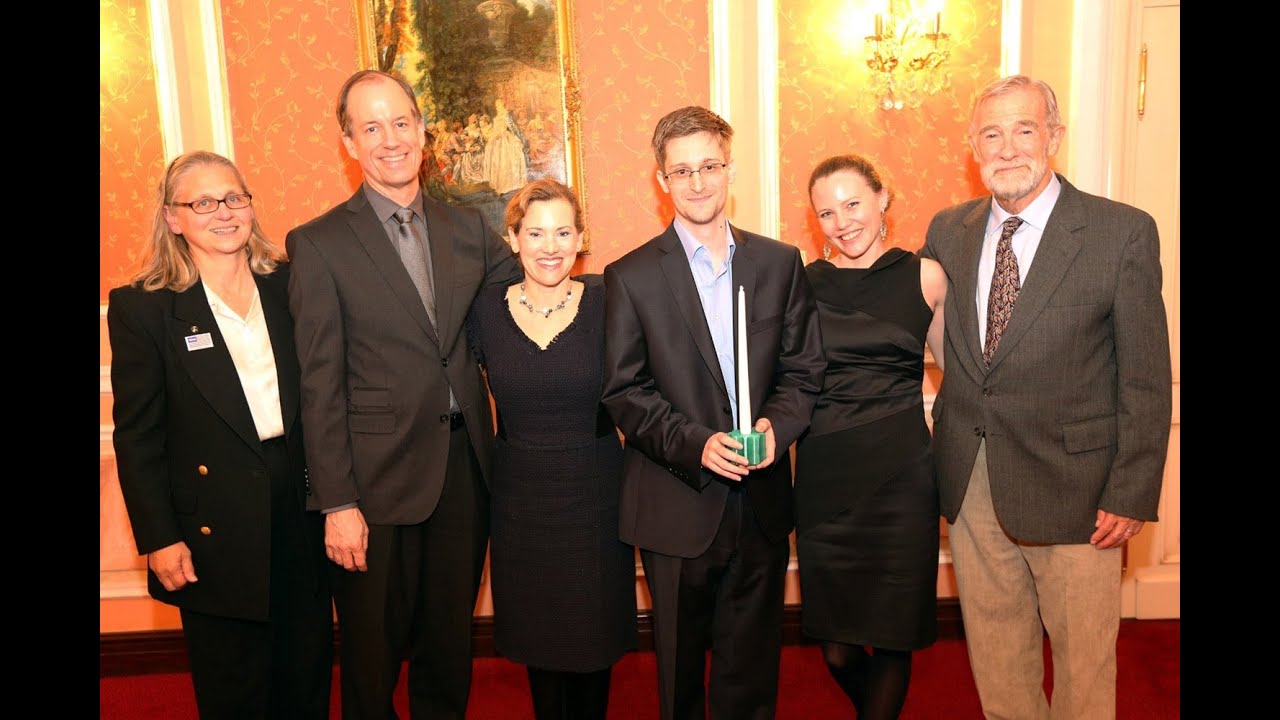 themselves — who have just returned from visiting National Security Agency whistleblower Edward Snowden in Russia. They are former CIA analyst Ray McGovern, former FBI agent Coleen Rowley, former National Security Agency senior executive Thomas Drake, and former U.S. Justice Department ethics adviser Jesselyn Radack, now of the Government Accountability Project. On Wednesday, the group presented Snowden with an award from the Sam Adams Associates for Integrity in Intelligence. "In our visit, we told Edward Snowden that he had begun the debate by disclosing to American citizens what was going on — this massive spying upon American citizens," Rowley says. "We were happy to tell him the debate has begun, but he is very concerned, and this is actually the reason he has sacrificed so much: He wants to see these laws, these secret interpretations of the law, I should say, fixed."

AMY GOODMAN: For more, we’re joined by four former U.S. intelligence officials who met with Snowden to give him an award for integrity in intelligence. In Minneapolis, we’re joined by Coleen Rowley. She was a special agent for the FBI from 1981 to 2004. She was a division legal counsel for 13 years, taught constitutional rights to FBI agents and police. Rowley also testified before Congress about the FBI’s failure to help prevent the 9/11 attacks. She was awarded Time Person of the Year.

We’re also joined by Thomas Drake, National Security Agency whistleblower. In 2010, the Obama administration charged Drake with violating the Espionage Act after he was accused of leaking classified information to the press about waste and mismanagement at the agency. The charges were later dropped.

We welcome you all back from Russia. I want to start with Thomas Drake, you yourself having worked for the National Security Agency. Tell us about this trip that you took to Russia to give Edward Snowden an award.

AMY GOODMAN: Who was Sam Adams?

THOMAS DRAKE: I’ll let Ray McGovern share the history of that, because Ray really has the background, as well as the personal knowledge, of what Sam Adams did during the Vietnam War era.