Dr. Bouthaina Shaaban: When they shout: “We strongly condemn …” 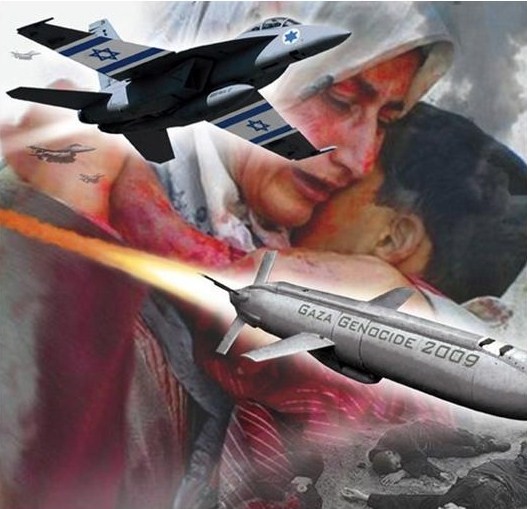 On August 29, 2010, Martin Indyk wrote an op-ed in The New York Times entitled “For once, hope in the

Middle East”. When I read it, I felt I should respond with an article that sheds light on the issues which Mr, Indyk has chosen to ignore. One of the premises he based his analysis on was that violence has receded in the Middle East in the past two years compared with the 1990s. Here, like most Western officials and journalists, Indyk ignores daily and persistent Israeli violence against Palestinians for the past sixty years which has risen to record levels in terms of the number and ferocity of Israeli crimes against Palestinian civilians in the past two years, particularly in the city of Hebron. How could Indyk ignore the ‘violence’ which Israel has been using for years against civilians in Gaza in terms of blockade and artillery, missile and warplane attacks? I would not have guessed that that the paradox, on this particular point, would become so stark on the international scene after four Israeli settlers were killed in a village near Hebron.

Jewish settlers, as everyone knows, have been killing Palestinian farmers, burning mosques, running over children with their cars, desecrating cemeteries, demolishing houses and whole villages. The lack of Western reaction towards this rise in the number of crimes against Palestinians reflects the conviction in the West that ‘violence has receded in the Middle East’, as if killing the Arabs is not ‘violence’, while killing these settlers is the only ‘violence’ in the Middle East! The US President hastened to condemn this ‘absurd killing’ while he kept silent regarding the killing of four thousand civilians, including women and children in Gaza. His Secretary of State also condemned the ‘brutal violence’, while she never condemned the Israelis for killing any Palestinian. The United Nations representative considered killing the Israelis a ‘mean’ attempt at undermining the negotiations, while his organization has done nothing to stop Israeli daily killing of Palestinians for the past sixty years. As usual, the European Union, and Japan too, condemned killing the Israelis, while they turn absolutely deaf when Israelis kill Palestinian civilians in their thousands. Even the Palestinian Authority condemned the killing of the four settlers without reminding the world of the crimes committed daily against the Palestinians, particularly in Hebron, and have never been ‘condemned’ or even mentioned be any American or European official. For them, that is ‘natural violence’, because Palestinian lives do not mean anything to the West. Only when an Israeli is killed, ‘civilized’ Westerners hasten to ‘denounce’ and ‘condemn’ violence.

In this article, I would just remind readers of some of the ‘acts of violence’, ‘ugly crimes’, ‘absurd killings’ and ‘brutal violence’ committed by the Israeli settlers in the West Bank, particularly in villages of the Hebron region, against unarmed Palestinians simply trying to live on their land with freedom and dignity and away from the killing and oppression practiced against them by Israeli settlers on a daily basis. Such acts and crime have never been condemned by Obama, Clinton, the European Union, the United States, or even Japan.

Thus, Israeli settlers and occupation forces killed during the first months of 2010 fourteen Palestinians. No country in the world condemned the killing of these people. And this is only the tip of the iceberg in terms of the brutal crimes committed by settlers on a daily basis against innocent children, women and young people in Hebron and other West Bank cities and villages. What would the Palestinians do if no country in the world condemned killing them? No Western media outlet even keeps a record of the crimes committed against them on a daily basis. Palestinian anger reaches unbearable levels not only because of the settler violence committed against them, but also because of the silence and complicity of Western powers.

A quick review of the racist Western perspective of what is happening in occupied Palestine explains the failure of all previous attempts to reach real solutions and just and comprehensive peace. It is because such a peace should be based on fair and balanced solutions.

For negotiations to succeed, the sponsors of the process should be convinced that the life of the Palestinians is at least equal to the life of a criminal settler living on a land not his own in order to steal this land and kill the people living on it. Only then, there might be some hope of achieving peace based on justice and not on killing one party and giving the occupying killing party everything it wants. When Obama, Clinton and the European Union condemn killing the Palestinians with the same strength they condemn the killing of settlers, there might be hope of a real peace in our region.

Dr. Bouthaina Shaaban is Political and Media Advisor at the Syrian Presidency, and former Minister of Expatriates. She is also a writer and professor at Damascus University since 1985. She has been the spokesperson for Syria and was nominated for Nobel Peace Prize in 2005.