Dalia Mogahed: Many people have said they are concerned that Noor Tagouri's... 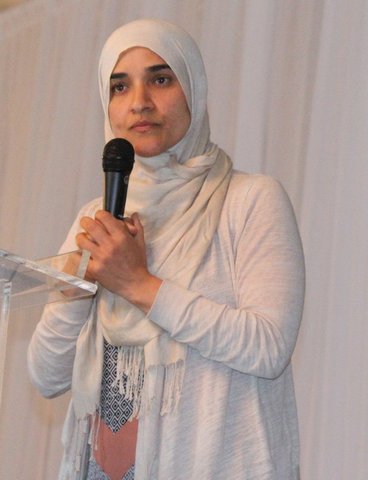 Muslim fan base. I'd like to offer the following suggestions in speaking to our youth about the interview and using it as a teaching moment vs. a source of confusion.

1. Playboy is a magazine built on the objectification and exploitation of women, which we as Muslims are totally against.

2. We may not agree with Noor's decision to do this interview. However it does not in anyway mean she is endorsing what the publication stands for by being interviewed in it. Malcolm X also had an interview there and he did not endorse this magazine's content. She spoke in the interview about her work and her Muslim identity. She did not condone the type of material contained in the magazine. So let's be careful what meaning *we choose* to assign to her decision.

3. Many people are uncomfortable/outraged because a hijab wearing woman is appearing in a magazine that is filled with unIslamic material. Of course this is understandable. However, the headline of the article was "Media Wondered Makes a Powerful Case for Modesty." So notice that whether we agree or not, she brought a message of modesty to a very immodesty platform. There will be times when you are also in a situation or environment where everyone around you is engaging in sin. The best thing is to try to avoid such environments. But if you are in such situations, hold your head up high and speak your truth and don't compromise your values. Be unapoligtecally your Muslim self no matter where you are.

4. No matter what we agree or disagree with, cyber bullying is never ever OK. We need to stand with justice even if we disagree with someone's decisions. Attacking Noor with accusations and name calling is a grave sin. Disagreeing and advising is OK.