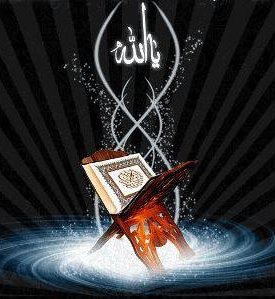 Scholars of tafseer have revealed the names of people during the time of the Prophet (pbuh) for whom the following verses apply. Allah, the Exalted, sent down in the Qur’an 22:8-9: “Among people are those who argue concerning Allah without knowledge, guidance, and an enlightened Scripture. He bends his neck in pride to mislead others from the path of Allah. For him in this life is disgrace.  We shall make him taste on the Day of Resurrection a burning punishment.”

In this article I intend, Allah willing, to show to whom they may apply today.

Muslim tafseer scholars state that to argue about Islam without knowledge shows a lack of a sound mind and a clear transmission of knowledge. It is merely reliance on opinion and personal desire (see the Tafseer of Ibn Katheer). Imam al-Qurtubi in his tafseer explains that “bending one’s neck in pride” means not relying on the truth in one’s argument and using evidence in one’s speech. Imam Ibn Katheer writes that it means being too arrogant about following the truth when you are called to follow it. The “disgrace” Allah, the Exalted, mentions in this life includes being look upon with contempt, disdain, and humiliation.

One of the people these verses may apply to is General Michael Flynn. Mr. Flynn  has said and written several negative and untrue things about Islam and what is Islamic. Below are examples:

On Feb. 26, 2016 General Michael Flynn tweeted that: “Fear of Muslims is RATIONAL: please forward this to others: the truth fears no questions...”

During a speech to the Ahavath Torah Congregation in Stoughton, Massachusetts in Ahavath Torah Congregation in Stoughton, Massachusetts in August 23, 2016 Flynn said: "We are facing another 'ism,' just like we faced Nazism, and fascism, and imperialism and communism. This is Islamism, it is a vicious cancer inside the body of 1.7 billion people on this planet and it has to be excised." In the same speech, Flynn falsely claimed that Florida Democrats voted to impose Islamic shariah law at the state and local level.

“Mr. Flynn's past Islamophobic statements, and his association with the nation's most venomous anti-Muslim hate group, should disqualify him from serving in any public office,” Ibrahim Hooper, spokesman for the Council on American-Islamic Relations, told ABC News before Flynn’s official selection (By MARIAM KHAN Nov 18, 2016, 2:08 PM ET).

Flynn wrote in "The Field of Fight: How We Can Win The Global War Against Radical Islam And Its Allies,” “we’re in a world war against a messianic mass movement of evil people, most of them inspired by a totalitarian ideology: Radical Islam.” (By MARIAM KHAN Nov 18, 2016, 2:08 PM ET).

In a speech published on youtube.com on Aug 13, 2016, to ACT! for America Dallas, Lt. Gen. (Ret) Michael Flynn Flynn said that shari’ah laws treats women as property because he was told that by the president, not a scholar, of a Muslim country. He added that Islam was a political ideology and hides behind the notion that it is a religion.

The retired Army lieutenant general was fired from his position as Trump's national security adviser in February. (By Dailymail.com Reporter and Associated Press Published: 23:28 EDT, 18 May 2017 | Updated: 08:54 EDT, 19 May 2017).

The disgraced end of Michael Flynn is described in The New York Times in an article titled, “Michael Flynn Misled Pentagon About Russia Ties, Letter Says” by MARK MAZZETTI and MATTHEW ROSENBERG, MAY 22, 2017.  It reads, “His failure to make those disclosures and his apparent attempt to mislead the Pentagon could put Mr. Flynn in further legal jeopardy. Intentionally lying to federal investigators is a felony punishable by up to five years in prison. Separately, he also faces legal questions over failing to properly register as a foreign agent for lobbying he did last year on behalf of Turkey while advising the Trump campaign, which is also a felony.”