“Mississippi Plan” in 1885 and Brown versus Board of Education in 1954, but it had become the world-wide symbol of racial segregation at its worst.Then came the Tougaloo Nine on March 27, 1961, followed two months later by the first group of Freedom Riders into Jackson, and culminating with the Mississippi Summer of 1964. Suddenly, the bastion of segregation had become the focal point of the fight to create and implement new laws that would negate white supremacy and the legitimacy of racial separation. For many who joined in that struggle, however, the fight continues.The Sixth Annual Conference of the Veterans of the Mississippi Civil Rights Movement running from Wednesday through Saturday at Jackson State University began a retrospective on 50 years of the effort and achievement to displace the laws and social barriers that had defined members of the black race as different from and, by implication, inferior to whites. A celebration of the civil rights movement in Mississippi will continue over the next five years with official support from the state government and many organizations with connections to the civil rights movement.The theme of 2011 conference is “Too Much Reform and Not Enough Change. Needed: A New Grassroots Movement for Change in Education.” It is designed to inspire and empower youth through social activism education, according to conference coordinator Cynthia Palmer.The annual conference of the veterans of the movement brings some of the heaviest hitters in the rights cause to Jackson, men and women who can trace their experiences to those early days of direct action. Featured speakers include Minister Lewis Farrakhan (7 p.m. Friday); Yale Law Professor Kathleen Cleaver (noon Friday), former USDA official Shirley Sherrod (noon Saturday), and Myrlie Evers Williams, the widow of civil rights martyr Medgar Evers (7:30 p.m. Saturday). Other featured guests include former Freedom Rider Hank Thomas, councilman and former Mayor Marion Barry, publisher and poet Haki Madhubuti and 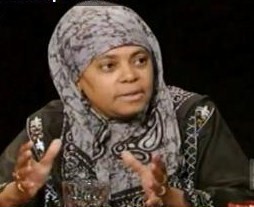 community activist Karima Al-Amin.The 2011 conference is dedicated to four civil right luminaries who died in 2010: Ronald Waters, Dorothy Height, Rev. Lucius Walker, and noted historian Howard Zinn.“This year’s conference will be more attractive to high school students and will take place on the main campus of Jackson State for their convenience,” Palmer said Tuesday. “We already have registered at least 150 students from schools both inside and outside of Mississippi.” Salvador Reza, a Latino civil rights organizer, will discuss the struggle for immigrant rights in current day America. In addition, the conference will conduct an auction of African artifacts and art, Palmer added.Freedom Rider spokesman Hank Thomas, who is scheduled to speak today (Thursday) on his role in the movement,  said that people sometimes need reminding that the civil rights movement was an integrated fight.“Fifty years after the struggle, some folks tend to think we did it all by ourselves,” Thomas said. “I have been very much concerned about the creeping in of some anti-Semitism on the part of some people who speak simply to get attention. We cannot and must not ever forget our friends in the struggle, who in many cases were white and Jewish.”Despite the good work and notable achievements of civil rights workers over the past 50 years, some devoted observers point out that Mississippi remains a segregated society despite its official embrace of integration.Admission to most of the daily events costs $20 for adults and $10 for children or students. Thursday’s Presidential Banquet costs $25 for adults and $10 for students.For further information, call 601-979-1515 or visit the  www.MSCivilRightsVeterans.org.