CAIR-GA hosted its 6th annual gala at the Renaissance Atlanta Waverly Hotel in Marietta. Ga. on 11/12/22.   The gala , the first since the inception of COVID was well attended, and the theme for the evening Fostering Hope, and Finding Justice was echoed throughout the night from the MC Sister Majida Abdul Karim to the entertainment comic Amer Zahr.

The gala honored local Muslim activist Mansour Ansari(RA) who passed away from a long term illness earlier in the week.  Brother Mansour’s family was in attendance to receive his lifetime achievement award in recognition of a life that was lived in total sacrifice to Allah.

Guest Speaker Linda Sarsour emphasized the importance of speaking truth to power, and celebrated the historic significance of four members of the Muslim community being elected to office:

Georgia has the 2nd highest number of Muslims in elected office in the United States.

The CAIR Gala also highlighted the groundbreaking work of Sister Aisha Al-Adawia, who has served as an educator, activist, and mentor to many Muslim youth.  She encouraged them to continue to speak truth to power.  She also was able to charge those in attendance to not allow the Muslim community to become a marginalized minority.

CAIR-GA executive director Murtaza Khwaja and deputy director Azka Mahmood presented the state of CAIR-GA, and detailed the work that the organization has been engaged in over the years  One project highlighted was CAIR-GA’s  work with the descendants of the enslaved African of Sapelo Island.  They are assisting them in receiving justice from the state of Ga. regarding the encroachment of their traditional lands by developers.  Members of the Sapelo Gullah Geechee community were present, and received a warm welcome by those in attendance.

The keynote speech was presented by Dr. Yusef Salaam who was a part of the “Central Park 5” now known as the “Exonerated 5”.  Dr. Salaam is the embodiment of the gala’s theme.  He was able to share that though he was mentally, spiritually, and physically challenged during his ordeal, he was not destroyed by it.  He has authored a memoir titled “Better Not Bitter.

He also announced that he may run for city council in New York soon, possibly mirroring Mandela’s ascension from prison to the presidency.

The evening culminated with the comedy of Amer Zahr, a Palestenian American comedian who also practices law in Michigan.  Amer’s bits were socially justice themed.  He challenged the attendees to not be assimilationists, but to participate fully in the American experiment.

Overall the intended message of the gala was delivered, and those in attendance were charged with participating in all aspects of American society in an effort to highlight the excellence that is in the Muslim American community. 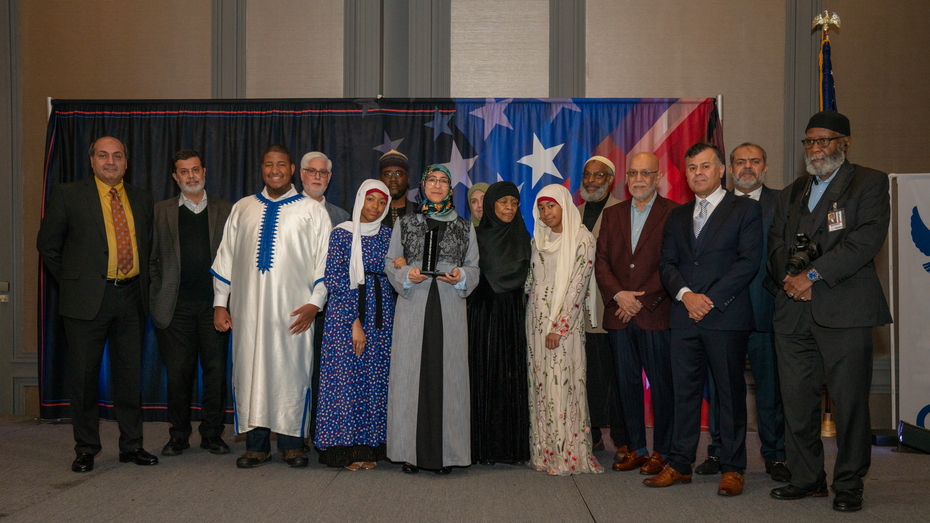 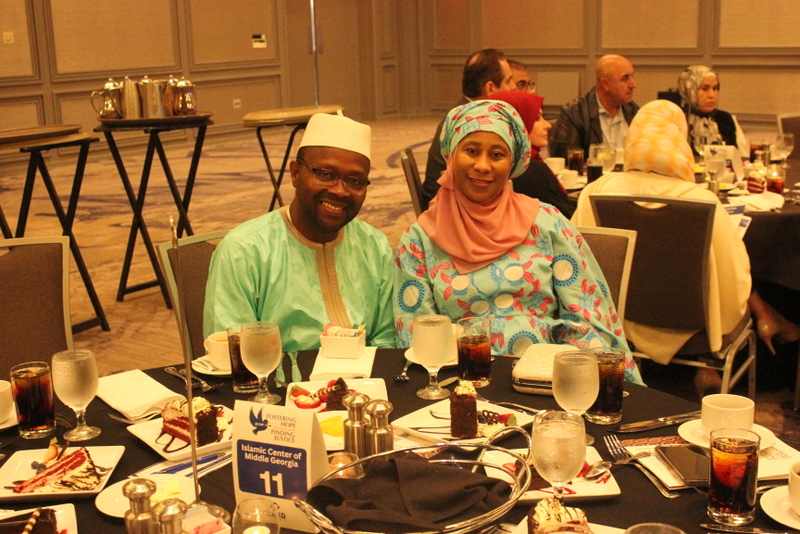 The Voice Of The Voiceless... A People Without A Voice Can Not Be Heard...

Thank you from all of us here at OPOW

EMGAGE: Honoring the Legacy of Black Muslims...Save The Date Of February 25, 2023

With Every Difficulty There Is Relief

Statement of Support for Art Professor Fired from Hamline University... University Does Complete 180