SANDRO...Bus 174 The Tragedy Of Children Of African Decent In Brazil.

Bus 174 The Tragedy Of Children Of African Decent In Brazil...the untold story.. 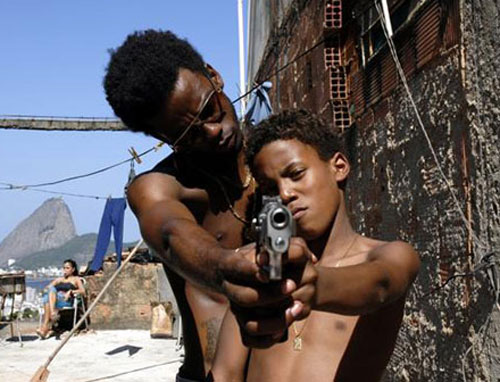 Bus 174 (Portuguese: Ônibus 174) is a Brazilian documentary film released on October 22, 2002. It is the debut film of director José Padilha and co-director Felipe Lacerda. Sandro do Nascimento, a young man from a poor background, bungled a robbery and ended up holding the passengers on a bus hostage for four hours. The event was caught live on television. The movie examines the incident and what life is like in the slums and favelas of Rio de Janeiro and how the criminal justice system in Brazil treats the lower classes. Within the film, Padilha interviews former and current street children, members of the Rio police force, the highly regarded Rio BOPE police team, family members, and sociologists in order to gain insight into what led Nascimento to carry out the hijacking.