nytimes.com
He Enlisted at 14, Went to Vietnam at 15 and Died a Month Later 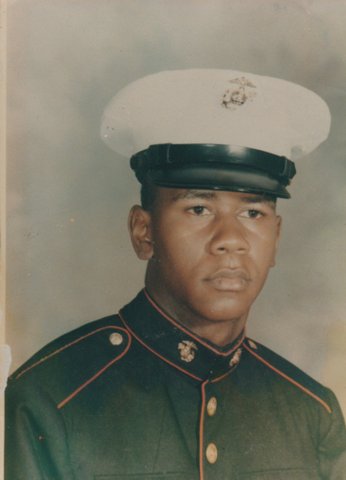 Abu Ruyaa I knew this young man, we went through AIT in Camp Lejuene, N.C. in 1969 together. We called him “Bro Smiley”, because he always smiled. He was with 5th Marines at LZ Baldy….

In September 1970 the 7th Marines began to withdraw from the Quế Sơn Valley and the Baldy tactical area of operations as part of Operation Keystone Robin Alpha handing over control to the 5th Marine Regiment.[4]

Dan Bullock was killed instantly, seems to be the case. But since the other three Marines in the 5-foot-by-7-foot bunker with him at the An Hoa combat base were also killed, it’s hard to say for sure.

The night of June 6, 1969, had been quiet, and guarding the airstrip at Delta sector was supposed to be an easy watch. Some of the Marines were even drinking beers.

Neal Rairden was a bunker or two down, just 15 yards away, when North Vietnamese commandos tossed a pack of explosives. “When the bomb went off that blew up their bunker, no one could’ve lived,” said Mr. Rairden, who was a private first class at the time. “I’m serious. It was the most horrific thing. It was a satchel charge you throw in, and blow the whole thing up.”

The other three Americans in the bunker were men, as we generally define the term, but Bullock was not. Just 15 years old, he would be the youngest American killed in the Vietnam War. He had been there just a few weeks.

OPOW: The Voice Of The Voiceless