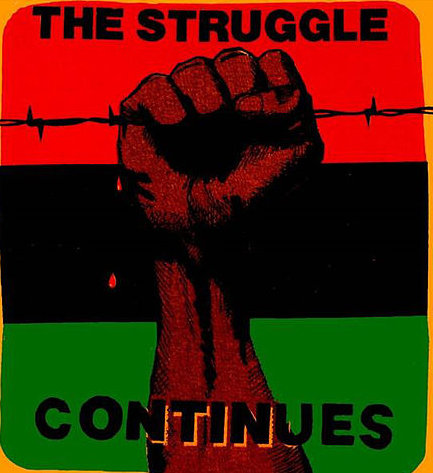 You may have heard about the movie Black Panther, which was released late last week. It has been breaking box office records, but more importantly, it is changing the way People of Color are represented in Hollywood, and America in general. Even if you are not an avid moviegoer, its cultural impact is expected to be profound because of its challenge to a specific form of racism many of us suffer from: anti-Blackness.

In fact, anti-Blackness was a tool used by colonizers to fracture a strong community and break the bonds of brotherhood and sisterhood that held them together by introducing the fallacious argument that white skin was somehow more pure and thus better.

Islam, however, seeks to join humanity, and heal our fractures and differences. Islam teaches that we are all one unit under God. Racial equality is one of the cornerstones of Islam as shown in the example of Prophet Muhammad, peace and blessings be upon him.

In his last sermon the Prophet reiterated that no one is better than another simply because of ethnicity or skin color. However, we are quick to forget this wisdom and still adhere to anti-Blackness through practices like standards of beauty, where we deem people too dark to be considered beautiful, or judging African-Americans’ practice of Islam as inferior for cultural reasons. It is tragic and unjust that Black Muslims have to fight racism and Islamophobia at the same time.

As a society, we must be inclusive of all the voices around us. As February is the month for Black History, we have dedicated it to showcasing the impact of Black Muslims. We will be ending  with our Radio Islam Book Club, which will be featuring the book “Servants of Allah: African American Muslims Enslaved in the Americas” by Sylviane A. Diouf. Please read the book and join us for our live broadcast this week at WCEV 1450 am.  If you do not have access to a radio station, you can catch the live stream at wcev1450.com.

Islam teaches peace, balance and love, amongst other lessons.  We should support a future where we can coexist.  A future that celebrates Black people, protects them, cares for them, and does not write them off as a marginalized and weak people. We should strive for a future where our communities are free of colonized sentiments such as anti-Blackness, a future where we live by our Prophet's’ last sermon.  #WakandaForever.

With Peace,
The Sound Vision Team

Diouf not only painstakingly documents the history of Muslims enslaved in the Americas, but also sheds light on how Muslims became the natural leaders of slaves. Diouf asserts that Muslims in West Africa were highly educated people. Therefore, those brought to the Americas as slaves were also educated and thus provided the necessary prerequisite for leadership.

In this interview with Sound Vision, Griggs shares his views on Black History Month and the current state of Islam, recent trends and major concerns of African-American Muslims. A Political Science and English graduate of Howard University in Washington, D.C., Griggs has been active in the Muslim and African-American communities.