Another Killing of a Young Human in His Youth...World, Something Is Wrong!

Let’s take the “race” issue out of the discussion, although, in America, it seems to be almost difficult to discuss any

Another killing on stand your ground . . .

event without including some racial, ethnic or cross-cultural perspective in the discourse. But, let’s try any way.

So, we have a young man at the pinnacle of his youth, about to embark on a new phase of his life, suddenly cut down by gun fire in the midst of what appears to be another senseless act of violence upon which the alleged suspect has claimed self-defense in the spirit of the “stand-your-ground” law in Florida.

So, again we have a senseless, unnecessary death by gunfire where a young man was killed because another, older, and assumedly more mature adult decided to punctuate the end of a verbal exchange, obviously with extreme differences of perspective, opinion, and possible respect, with the staccato of gunfire. An incident in which the alleged perpetrator claims he saw a firearm in the SUV into which he fired – which the police have apparently also reported NOT finding. We also have the victim – that’s the one who lost his life at a young age – having been shot while seated in the back of the SUV, not outside the vehicle, facing the shooter, not carrying a weapon, but still dead just the same.

Another family losing their child at the beginning of his life . . . never again able to share advice with, or admonish him. Another family, who has lost the opportunity to witness the maturing of their son into hopefully the adult that they dreamed of, worked for and pray for and encouraged him to try to be.

Gone . . . not to return to any family or community event in his or any one else’s life; no graduation, college, military or job entry, marriage, successes, or failures, or any other life event; and this because one human decided to resolve a verbal exchange with gunfire.

I really want to keep the race issue out of this discourse, although in America, it is difficult, mainly due to the disparity of life and relations between some members of one race and some members of another, regardless of the ethnic backgrounds. The crux of the matter is that a human being in America has lost his life due to the obviously lack of foresight or consequential thinking on the part of another human being. One has lost his life, and the other is in jail.

I wonder if the sadness is that homicide is as characteristic of the American urban landscape as apple pie is a part of the American culinary offering; or whether it is that Americans are so inclined to settle our disputes with often life-ending violence; or whether it is that while America on one hand passes itself off as the “bastion” of democracy, whether that democracy that America so desperately wants to impose on the world also include a tendency to violent resolution of conflict; or whether Americans have become so numbed with paranoia, frustration, mistrust, apprehension and uncertainty, that the only way we can express any sense of self-confidence is to kill another human being.

While America reels in shock from the Jordan Davis killing, another issue of madness erupts in Oregon when a gunman traumatized innocent shoppers in an Oregon shopping mall. 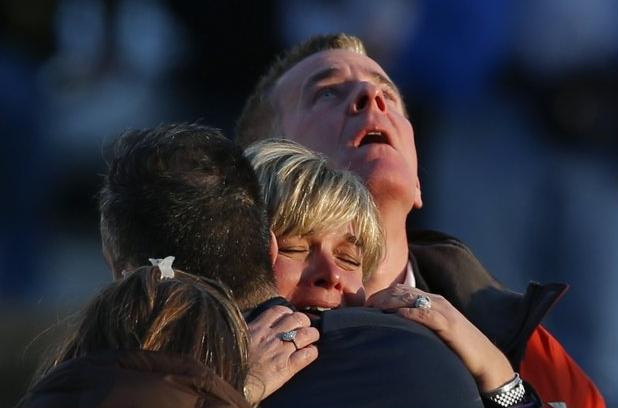 And then in Connecticut, a gunman terrorized an elementary school. What circulates in the mind and heart of an individual who decides that his or her only recourse to resolve his life issues is to attack an elementary school? What sickness has pervaded the soul the American society so much that trial by blood is our only recourse to stability in our lives and interaction with others around us in our neighborhoods, our schools, our workplaces? And the shock is not exclusive to the American society, or to the use of firearms alone. As America continues our collective numbness of violence in our homes, our streets, our communities, even in China, where an assailant attacked school children with a knife.

I am quite sure we can add race issue here somewhere, but does it matter? Life is life, blood is blood, grief is grief, and yes hate is hate . . . If we all walked, covered our physical characteristics, those of skin color, hair type, face appearance, even voice tone, pitch and accent, then the senseless and destructive acts of violence that we face every day in our societies, would be relegated to what they are, acts of violence of one human or group of humans against another human or group of humans, where that group suffers immeasurable trauma, physical and emotional injury . . . and yes, death.

And violent death does not only affect the perpetrator and victim, it spreads its stain of evil and horror to families and communities, until that stain remains a blight upon the soul of our society.

I could have added the race “issue” in this post; I could also have included maxims from Islamic teachings about controlling anger, avoiding conflict, and resolving differences with wisdom and patience. 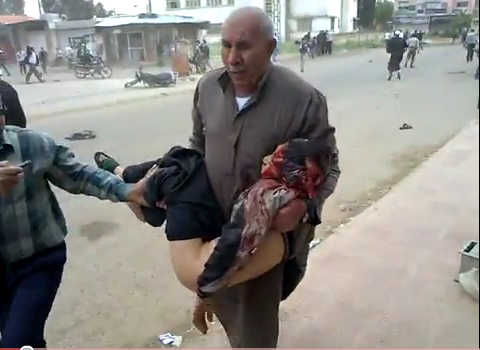 However, we Muslims also suffer from the same cancer of fratricide and violence that plagues the rest of the world, although we continue to claim the message of peace that is the core of the Islamic message . . . and Islam does mean peace. However, we suffer from the same sickness of soul and mind and policy that promotes violence that many others in our human family suffer from, whether that violence is perpetrated by individuals, security forces, or communities against communities.

The bottom line, at least in this post, is that many of our societies have declined – and are still declining – to levels of insensitivity and callousness that has resulted in continuing and chronic acts of violence that we perpetrate against each other in our efforts to maintain our existence, or resolve the issues of our lives. And in the end, we get no resolution, and we continue to descend to a dark, cold area in our souls from where we may not arise for a long time.

No matter where you are in the world or who you are, pain is still pain...it knows no color, religion, or nationality...we must stop this madness all around the world...