All perfect praise be to Allaah, The Lord of the Worlds. I testify that there is none worthy of worship except Allaah, and that Muhammad is His Slave and Messenger. 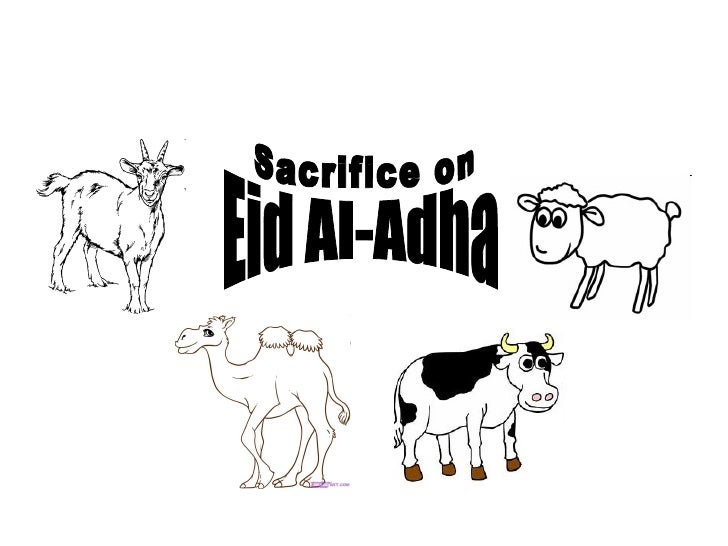 "Al-udhhiyah" 'Eed sacrifice is a Sunnah (recommended act) for any Muslim who is able to do it. This is the opinion of the majority of the scholars. It is also one of the good deeds of Islam as 'Aaishah narrated from the Prophet as saying: "Son of Aadam has not done any deed on the Day of Adhha more likable to Allaah than shedding blood (slaughtering the 'Eed sacrifice). So be pleased with it". Most scholars believe that slaughtering the 'Eed sacrifice is better than giving its value in charity.

The sacrificed animal should be from the livestock (cows, camels, sheep, goats). As for the prevailing view in this concern might be that the sheep and goats are the best animals for the sacrifice because the Prophet never slaughtered on the 'Eed any sacrifices except these kinds of animals. But the camels, the cows and the buffaloes could all be slaughtered as 'Eed sacrifices.

The 'Eed sacrifice should be in a good state and fat enough so that its meat could be eaten as this is a symbol of Allaah. And Allaah Says (what means): (And whosoever honours the symbols of Allaah, then it is truly from the piety of the heart) [Quran 22:32]

On the other hand, one should avoid making sacrifice with a defective animal. Al-Baraa' Ibn 'Aazib said the Prophet stood before us and said: "Four (kinds of animals) are not sufficient in the sacrifices: The one-eyed whose loss of one eye is evident, and the sick whose sickness is evident, the limp whose limpness is evident and the skinny one which has no flesh on it". [al-Bukhaari]

The majority of scholars are agreed that the four defects that are mentioned in the previous Hadeeth could be taken as a reference for other kinds of defects. So, any defect that is equal to one of them or worse than it makes the sacrifice invalid like (the blind or one which lacks one foot).

The participant among the seven involves his family with him because the seventh here is the same as a complete sheep or a goat.

The time for slaughtering the sacrifice is after the Adhha prayer and slaughtering it before the prayer does not suffice as the Prophet said: "The first (act) with which we start our day (the day of 'Eed Al-Adhha) is that we offer prayer. We then return and sacrifice the animals and he who does that in fact has adhered to our Sunnah (practice). And he who slaughters the (animal on that day before the 'Eed prayer), for him (the slaughtering of animal is directed to the acquiring of) meat for his family, and there is nothing of the sort of sacrifice in it". He also said: "He who sacrifices (the animal) before offering the ('Eed) prayer, he should offer again in its stead, and he who did not sacrifice the animal should slaughter it by reciting the name of Allaah "

It is likable for one to witness slaughtering his sacrifice or to slaughter it himself and to divide it into three parts. He eats one third with his family, he gives out one third in charity and one third as gifts as the Prophet said to his daughter Faatimah : "Be present when your 'Eed sacrifice is slaughtered. Allaah forgives you as the first drop of its blood comes out". [al-Bayhaqi ' and Abdul Razzaaq]

He should also say when slaughtering it "Bismillaah, O Allaah! It is from Your favor and for You".