This state comes even as in Africa several countries are registering an improvement in domestic income distribution. 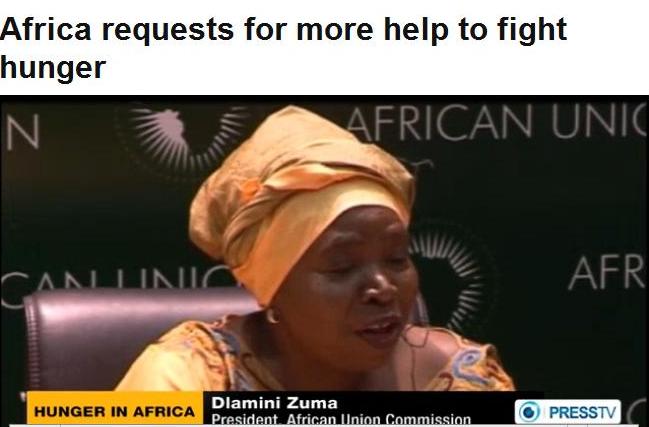 While meeting the president of Food and Agriculture Organization Graziano da Silva, the president of African Union Dlamini Zuma sought more help from global organizations to help reduce hunger in Africa, which ironically has 60% of arable land in the world.

According to Food And Agriculture Organization, sustainable agricultural growth is often effective in reaching the poor because most of the poor and hungry live in rural areas and depend on agriculture for a significant part of their livelihoods. However, growth will not necessarily result in better nutrition for all.

A change of tactic to make Africa hunger free is empowering the African women to produce more and better. This is because food experts believe that because when women have more control over household income, more money tends to be spent on items that improve nutrition and health.

Agriculture is effective in reducing poverty and hunger when inequality in asset distribution is not high, because smallholders are then able to benefit more directly from growth.

To accelerate hunger reduction, economic growth needs to be accompanied by purposeful and decisive public action. Only then will African countries be able to reach the millennium development goal of reducing by half the percentage of people suffering from chronic hunger by 2015.