John B. Turner was a Tuskegee Airman in World War II before dedicating himself to service, ultimately as dean of 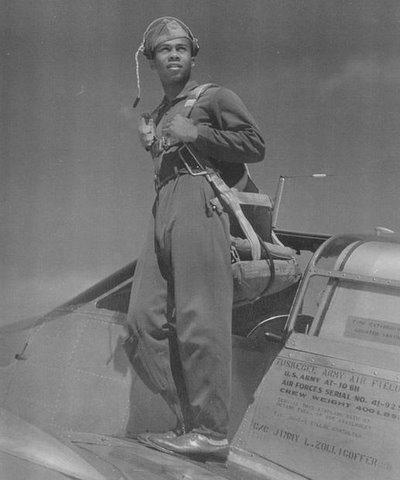 Courtesy of his Daughter Marian Hopkins

When John B. Turner drove his family to church Sunday mornings, he passed through all the worst neighborhoods of Atlanta instead of taking the main drag.

“He took it upon himself to really make sure that we knew the plight of others,” said his daughter Marian Hopkins, a lecturer of exercise and sports science at UNC.

The World War II veteran and former dean of the School of Social Work, now 81 years old, is in the hospital recovering from a fall and slowing down after spending his life serving others.

Turner’s passion for service motivated him to enlist in World War II. But as a black man in the ’50s, Turner had to fight just to have the chance to serve.

“He would have a vision and did not stop,” said Jack Richman, current dean of the School of Social Work. “If it didn’t work, he’d find another way.”

He became one of the Tuskegee Airmen — the first black U.S. military flyers in WWII.

“Don’t fly too high!” his mother warned him when he told her the news.

But because the military insisted on maintaining segregated units, his squadron did not fill up before the war ended, and he was never deployed.

“His life had been impacted during those years by becoming more sensitive to the social conditions of African Americans,” Hopkins said.

So when he returned home from the military, he kept fighting. He dedicated his life to social work and eventually became dean of the School of Social Work.

When Turner hired Richman as assistant dean in 1983, he told him to watch his fingers.

“He really brought it to where it is today.”

The School of Social Work is now No. 8 in the nation, according to the U.S. News & World Report.

Turner also established a home for the school. With help from Charles Kuralt and Jack Tate, Turner raised enough money to move the school from five buildings on the “wrong” side of Franklin Street to one building on Pittsboro Street — the Tate-Turner-Kuralt building.

He also established the Jordan Institute for Families, a branch of the school that works to strengthen families and engage communities.

After years of contributing to the school, Turner retired in 1992. He now lives in The Cedars of Chapel Hill at Meadowmont.

In 2007, Richman honored Turner by naming a new professorship — the Sandra Reeves Spears and John B. Turner Distinguished Professorship — after him.

His passion for others pervaded nearly every aspect of his life. After enlisting in the military and doing social work for years, Turner continued to welcome people of every culture into his home, travel to further his understanding of people and instill humanistic principles in his family.

Richman said he remembers Turner as a dean whose office door was always open.

He was that way with everyone, Hopkins explained.

“I watched him talk with people who were of varying walks of life. It didn’t matter who they were, what color they were,” she said.

“He could immediately find a common thread. … Before too long, it was human to human.”

PROUD TO HAVE KNOWN HIM, HE WAS TRULY AN OFFICER AND A GENTLEMAN!   BILAL MAHMUD